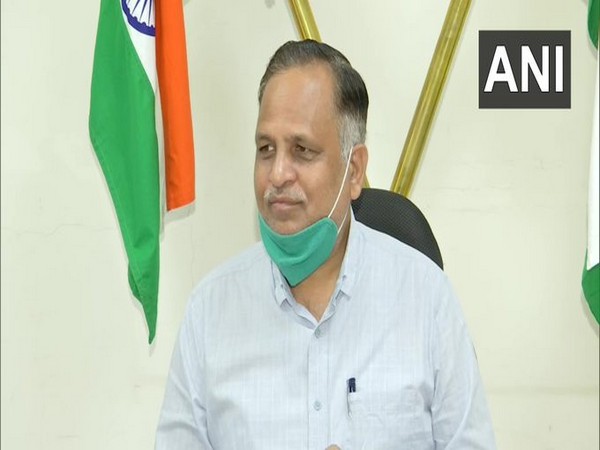 In his letter, Jain urged the Centre to provide pucca houses to the people before their eviction.
"Supreme court has ordered for the eviction of 48,000 jhuggis (slums). We believe that it will not be wise to do this amid the COVID-19 pandemic. Whenever they are removed, they are given pucca houses. Law is very very clear about this, and this is their legal right. Hence, first, they should be given a pucca house, and then only they can be removed from jhuggis," Jain said in his letter.
"Jaha Jhuggi wahin makaan (Where there is a jhuggi, there will be a house), this was promised by both AAP and BJP. Chief Minister Kejriwal has made a law in this regard that states that these people will be provided with rooms near their jhuggis before their eviction. Centre has also accepted this policy," he added.
Keeping these things in mind, we need to look for available land near jhuggis, where houses can be built for them, Jain said.
Jain said both the governments should together find land around every slum area where pucca houses could be built for the slum dwellers.
"It will require the cooperation of all government agencies. The support of the agency to which the land belongs to will also be required. There is a need for a detailed plan for this and we are ready to help you. The Delhi government is ready for full cooperation in formulating these policies. We can make these plans and give it to you if need be," he said.
He said that the Delhi government also has more than 40,000 flats, some of these are ready and some will be ready soon.
"But these flats are located on the outskirts of Delhi. These flats can be given to slum dwellers who live in areas that do not have vacant land around and who cannot be provided houses under 'Jahan jhuggi, wahin makaan' policy," he added.
"On behalf of CM Kejriwal and the Delhi government, I assure full support and cooperation in our efforts to provide shelter to the poor people," he concluded.
On September 14, the Central government submitted before the Supreme Court that no jhuggis (slum) will be demolished right now as the Railways is discussing this issue with the Delhi government and the Ministry of Urban Development to find a solution.
A bench of the apex court, headed by Chief Justice of India SA Bobde, was hearing the submissions on senior Congress leader Ajay Maken's plea challenging the Supreme Court order for the demolition of about 48,000 jhuggis alongside the railway tracks in Delhi.
The bench, after hearing the submissions, adjourned the hearing on the matter for four weeks.
Maken had moved the top court against a direction passed by a bench headed by (retired) Justice Arun Mishra for the demolition of about 48,000 jhuggis alongside the railway tracks in Delhi. (ANI)