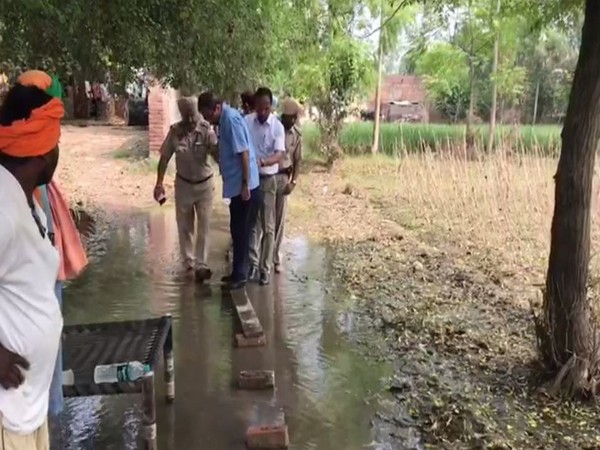 Jalandhar (Punjab) [India], Sept 13 (ANI): A seven-member Inter-Ministerial Central Team (IMCT) visited the flood-affected area here on Friday.
Headed by Joint Secretary, Anuj Sharma, the team will be carrying out an assessment of the affected areas and submit a report to the central government highlighting the damage caused to the crops, livestock, and infrastructure of the state.

In a significant decision, Home Minister Amit Shah had decided that an Inter-Ministerial Central Team (IMCT) will be immediately constituted in the aftermath of a natural calamity without waiting for the memorandum from the state concerned.
The decision was taken in order to break away from the past practice of waiting for the affected state to submit a memorandum seeking a central assessment.
The team is mandated to visit the flood-affected areas for making final recommendations to the central government regarding the allocation of assistance to the affected states.
It may be recalled that flooding in river Sutlej due to the discharge of water from Bhakra Dam had caused extensive damage to the standing crops and inundation of residential areas in the villages. (ANI)