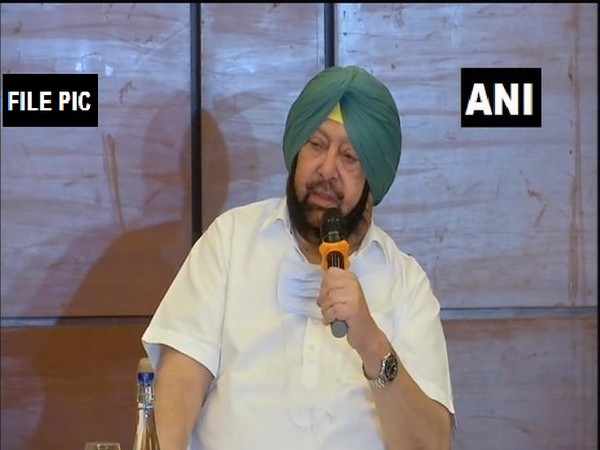 Chandigarh (Punjab) [India], November 21 (ANI): Punjab Chief Minister Capt Amarinder Singh on Saturday offered help to Delhi in the fight against COVID-19 in view of the rising number of cases in the national capital.

"Delhi is fighting a tough battle, and we are there to help if needed. I have said that earlier also," the Chief Minister said while assuring all possible measures by his government to prepare for the second wave in Punjab.
Capt Amarinder, who launched 107 health and wellness Centres to boost healthcare infrastructure in the state and provide health services to patients at their doorsteps, also praised the "unsung heroes of state for their excellent work in handling the COVID-19 pandemic".
According to an official release, Amarinder Singh said that while nobody knew when the second wave would strike the state, the experience of the NCR and other states/regions suggested "it was an almost certain eventuality."
He also expressed confidence that the state's Health Department would once again rise to the occasion to meet any challenge.
Stressing 'Mask hi Vaccines Hai' as resolve to fight the pandemic, he said it was also the responsibility of the people to actively partner the state in the fight against the pandemic by strictly following all safety norms.
He exhorted people to join his government in making "Punjab No. 1" state in healthcare.
He urged people to avoid crowded places and not have large gatherings and social functions and called for observing full precautions. (ANI)