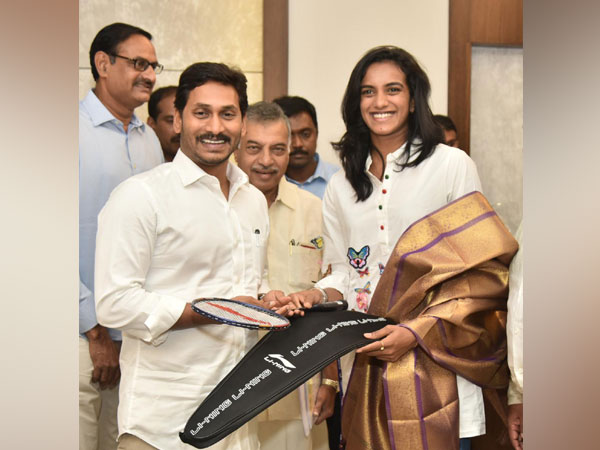 Reddy lauded Sindhu for winning the World Championship in badminton in a dominating performance in Basel, Switzerland.
The World Champion was accompanied by her parents, state youth affairs minister M Srinivas Rao and a couple of officials from Sports Authority of Andhra Pradesh.
Sindhu will also go to Vijaywada to meet Governor Biswabhushan Harichandan at Raj Bhawan.
Sindhu had, on August 25, became the first Indian to win a World Championships gold medal by defeating Japan's Nozomi Okuhara 21-7, 21-7 in the finals of the tournament held in Basel.
While Sindhu and Okuhara battled for 110 minutes during the final match of the 2017 World Championships, the duration of this match was just 38 minutes.
Two days after emerging victorious, the 24-year-old met Prime Minister Narendra Modi. He congratulated her and said that she brought glory to the nation by winning a gold medal.
The shuttler also met Vice President Venkaiah Naidu and Union Minister for Youth Affairs and Sports Kiren Rijiju, who presented her with a cheque of Rs 10 lakh. (ANI)