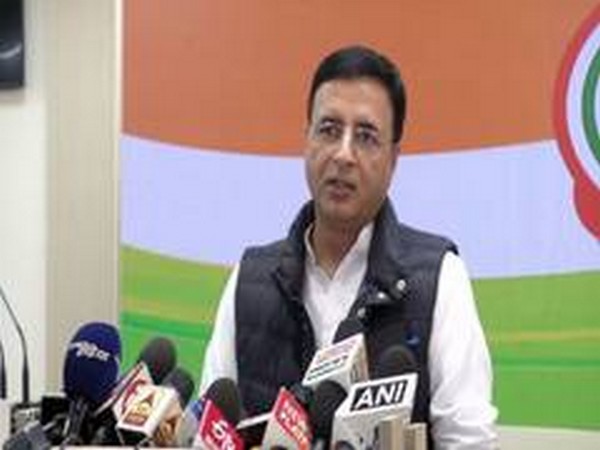 New Delhi [India], May 22 (ANI): Congress leader Rahul Gandhi on Friday pitched for providing direct help to people instead of loans to deal with the situation created by coronavirus crisis and said the Centre has not helped the states the way it should have.

Participating in the virtual meeting of opposition parties, Gandhi said the poor should be helped immediately by depositing Rs 7,500 in their accounts and providing them with ration.
Giving details about Gandhi's remarks, party leader Randeep Singh Surjewala said that the party leader stated lockdown has two goals - stopping the disease and preventing its spread.
Gandhi said infection is spreading and lockdown is being opened. "Does this mean that the lockdown that was enforced without adequate thought has not lead to the desired results," he said.
He also said that lockdown has caused tremendous loss to crores of people.
"If these people are not helped immediately by depositing Rs 7,500 in their accounts, providing them with ration, if the migrant labourers, farmers and MSMEs are not given immediate help, there will be economic disaster," Surjewala quoted Gandhi as saying.
Gandhi said the government package does not reflect the fact that people do not need loans but need direct help.
"It is our responsibility to raise our voice regarding it. This is a question of the country, not of the parties. If this does not happen then crores of people will get entangled in the web of poverty, " he said.
Surjewala said Gandhi told the meeting that the fight against coronavirus is being fought in the districts and states and the Centre can take the lead.
"But the Centre did not help the states the way it should have. It is not politics but accepting the truth in the interest of the country and giving power and financial help to the states," Surjewala quoted Gandhi as saying.
Apart from Congress chief Sonia Gandhi and party leader Rahul Gandhi, the meeting was virtually attended by leaders of 22 parties including former Prime Minister HD Devegowda, NCP leader Sharad Pawar, West Bengal Chief Minister Mamata Banerjee, Maharashtra Chief Minister Uddhav Thackeray, Jharkhand Chief Minister Hemant Soren, CPM's Sitaram Yechury, DMK's MK Stalin, CPI's D. Raja, Loktantrik Janata Dal leader Sharad Yadav, RLSP's Upendra Kushwaha, RJD's Tejashwi Yadav, National Conference leader Omar Abdullah, HAM's JR Manjhi, RSP's NK Premachandran, RLD's Jayant Singh, AIUDF leader Badruddin Ajmal, IUML's PK Kunhalikutty, TMC's Derek O'Brien and RJD's Manoj K. Jha, NCP's Praful Patel and Shiv Sena leader Sanjay Raut.
Congress leaders AK Antony, Ahmed Patel, KC Venugopal, Mallikarjun Kharge, Ghulam Nabi Azad and Adhir Ranjan Chowdhury also attended the meeting. (ANI)