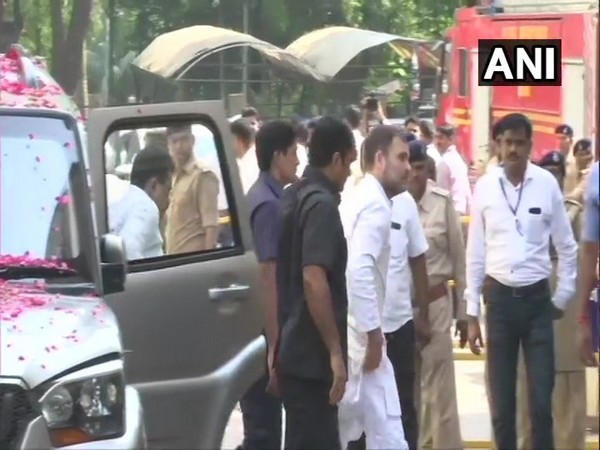 Surat (Gujarat): Congress leader Rahul Gandhi on Thursday pleaded not guilty in a defamation case against him over his "why all thieves share the Modi surname" remark.

The former party president appeared before a Surat magisterial court and filed an application for permanent exemption. The court fixed the matter for hearing on December 10, 2019.

The Gandhi scion had made the remarks during campaigning for Lok Sabha elections earlier this year.

His party colleague Shaktisinh Gohil defended Gandhi and said that the party in power should tolerate criticism by the opposition.

"In a democracy, the party in power should tolerate criticism by the opposition. Rahul ji had said Lalit Modi and Nirav Modi are thieves and Narendra Modi is a failure. BJP connected his statement to the Modi community and insulted them," said Shaktisinh Gohil, a Congress leader.