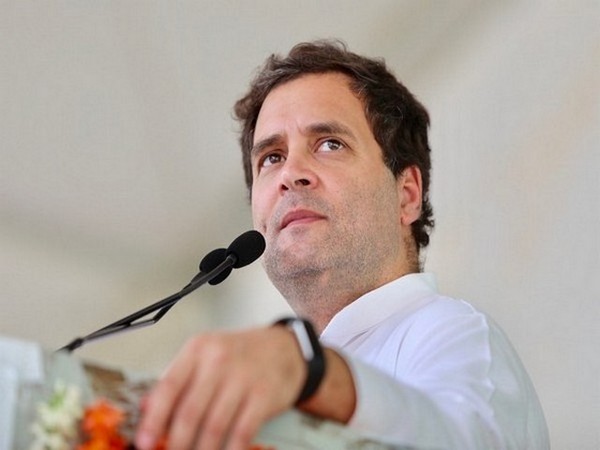 New Delhi [India], May 4 (ANI): Congress MP Rahul Gandhi on Tuesday targeted BJP-led government over its going ahead with central vista project even as the country has been hit by a second wave of COVID-19, saying that the amount could be used for fully vaccinating 45 crore Indians or for procuring one crore oxygen cylinders.

"Rs 13450 crores for Central Vista. Or, for fully vaccinating 45 crore Indians. Or, for 1 crore oxygen cylinders. Or, to give 2 crore families NYAY of Rs 6000. But, Prime Minister's ego is bigger than people's lives," Gandhi said in a tweet.
His remarks came amid reports of an expert committee of Environment Ministry's Expert Appraisal Committee according approval to projects that are part of Central Vista Redevelopment Project.
Congress has been pressing for implementation of proposals under Nyuntam Aay Yojana (NYAY), a scheme promised in its 2019 election manifesto, to the poorest families.
Gandhi had earlier in the day accused the Modi government of "complete lack of strategy" in dealing with COVID-19 and said in a tweet that a lockdown is now the only option.
"I just want to make it clear that a lockdown is now the only option because of a complete lack of strategy by GOI. They allowed, rather, they actively helped the virus reach this stage where there's no other way to stop it. A crime has been committed against India," he said.
"GOI doesn't get it. The only way to stop the spread of Corona now is a full lockdown- with the protection of NYAY for the vulnerable sections. GOI's inaction is killing many innocent people," he said in another tweet.
India registered a slight dip in COVID-19 cases as it registered 3,57,229 new coronavirus infections in the last 24 hours. (ANI)