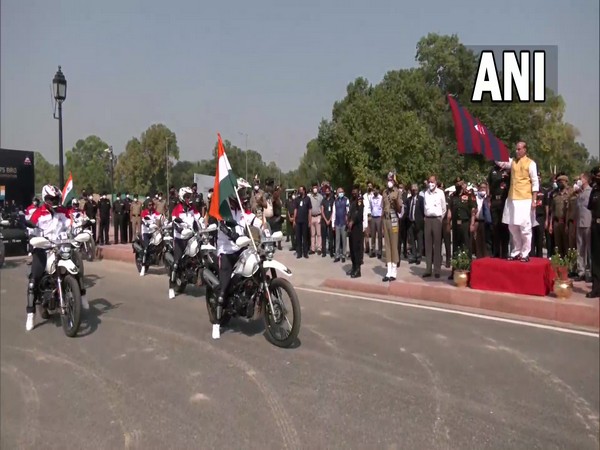 Singh also presided over the final breakthrough blast of the Sela tunnel in Arunachal Pradesh through a video conference.
Addressing the event, Singh lauded the BRO for their commitment towards the country's security, and socio-economic development and said that the organisation is true to their motto 'Shramena Sarvam Sadhyam' (everything is achievable through hard work).
"The motorcycle campaign started by you (BRO) from the National War Memorial is a humble tribute to the brave martyrs who sacrificed their lives for this country. Similarly, the break-through blast of Sela main tunnel shows your hard work, and your commitment towards the country's security, and socio-economic development," the Defence Minister said.
"The achievements of BRO over few years have been a topic of study, whether it is the Atal Tunnel at Rohtang, or the world's highest motorable pass built at Umling-la and now the 'Sela tunnel' which will be the world's longest bi-lane tunnel at the altitude of more than 13,000 feet," he added.
Singh further informed that 75 BRO, Indian Army and GREF personnel will be participating in the BRO's motorcycle expedition, which will cover a distance of about 20,000 km passing through many states and UTs of the country. (ANI)