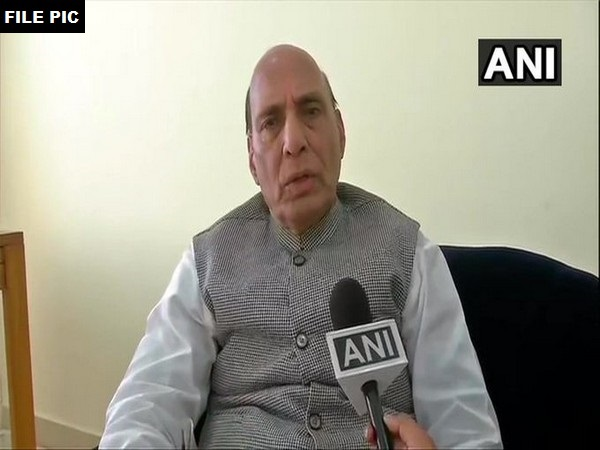 New Delhi [India], September 16 (ANI): Defence Minister Rajnath Singh will give a statement on the India-China border issue in Rajya Sabha on Thursday.

He spoke about the same in Lok Sabha on Tuesday.
The Opposition has been demanding a discussion on the issue. Congress also walked out of Lok Sabha over the matter yesterday.
In his statement in Lok Sabha, Singh had said India has conveyed to China that its attempt to unilaterally alter the status quo along the Line of Actual Control (LAC) was unacceptable and noted that the Chinese actions reflect a "disregard" of various bilateral agreements between the two countries.
"Since April, we had noticed a buildup of troops and armaments by the Chinese side in the border areas adjacent to Eastern Ladakh. In early May, the Chinese side had taken action to hinder the normal, traditional patrolling pattern of our troops in the Galwan Valley area, which resulted in a face-off," Singh said in his statement on the situation on the eastern border in Ladakh.

He had said that the Chinese side has mobilised a large number of troops and armaments along the LAC and asserted that Indian armed forces have made adequate counter deployments in response to China's actions.

"As of now, the Chinese side has mobilized a large number of troops and armaments along the LAC as well as in the depth areas. There are several friction areas in Eastern Ladakh including Gogra, Kongka La, and North and South Banks of the Pangong Lake. In response to China's actions, our armed forces have also made adequate counter deployments in these areas so that India's security interests remain fully protected," he said.
The two countries have been engaged in a standoff since April-May and China has refused to vacate locations in the Finger area and other friction points in the Eastern Ladakh area. Multiple rounds of talks have also failed to yield any significant result in defusing the tensions and now the Indian side has prepared itself for long-term deployment in the high mountainous region. (ANI)