Rajnath Singh to hold talks with US counterpart, India-China face-off likely to come up 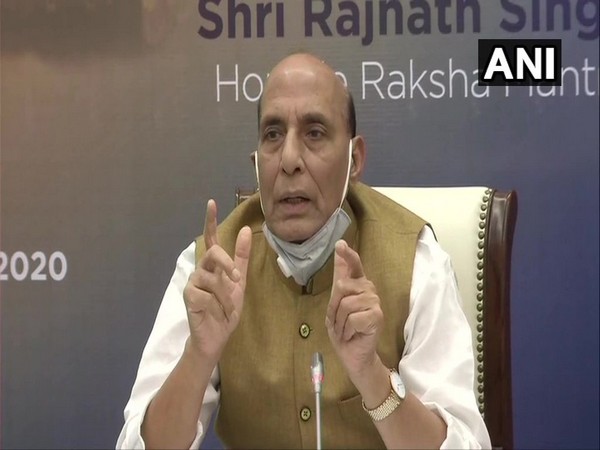 New Delhi [India], June 30 (ANI): Defence Minister Rajnath Singh is set to speak to his American counterpart Mark Esper over the telephone on Tuesday, during which the ongoing tensions at the Line of Actual Control (LAC) between India and China are expected to come up for discussion, as per Defence Ministry officials.

"Defence Minister Rajnath Singh to talk to his American counterpart Mark Esper over the telephone. Ongoing tensions between India and China on the Line of Actual Control in Eastern Ladakh expected to come up for discussion in talks," officials said.
The third round of Corps Commander-level talks between India and China to discuss and diffuse the tension over the ongoing dispute along the LAC in Eastern Ladakh is scheduled to be held at 10:30 am today in Chushul, Leh, informed government sources said on Monday.
The first two rounds had taken place in Moldo on the Chinese side of the LAC. In the second round of Corps Commander-level talks held on June 22, both sides reached a mutual consensus to disengage in the Eastern Ladakh sector, Army sources said.
The modalities for disengagement from all friction areas in Eastern Ladakh were discussed and these will be taken forward by both sides, the sources added.
India and China have been involved in talks to ease the ongoing border tensions since last month. Twenty Indian soldiers lost their lives in a violent face-off in the Galwan Valley on June 15-16 after an attempt by the Chinese troops to unilaterally change the status quo during the de-escalation.
Indian intercepts revealed that the Chinese side suffered 43 casualties including dead and seriously injured in the face-off. (ANI)