Reconstruction of Ram temple in Vizianagaram to be completed by January, says Andhra minister 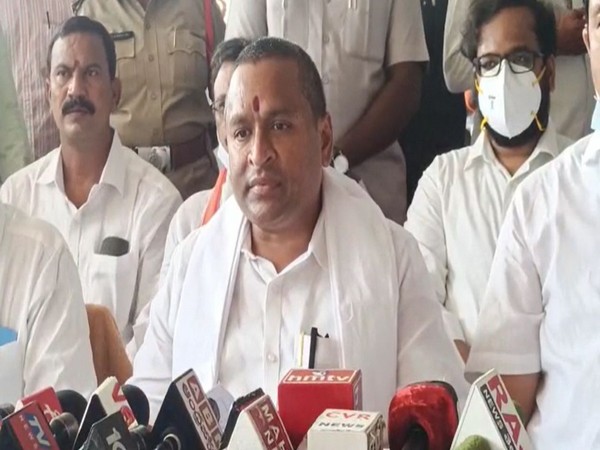 Vizianagaram (Andhra Pradesh) [India], June 10 (ANI): Andhra Pradesh Endowments Minister Velampalli Srinivasa Rao announced that the reconstruction of the Ram temple on the hillock at Ramateertham village here will be completed by January 2022.

The minister has visited and offered prayers at the temple at the bottom of the hill on Wednesday morning.
After offering prayers, Rao said, "The temple is being rebuilt as per the advice of seers and scholars of Agama Sastra. We are fulfilling all requirements and taking measures for the completion of construction within the stipulated time. The temple is being reconstructed at a cost of Rs 3 crores. It will be a stone construction."
The minister further said that security at all temples has been beefed up. CCTV cameras have been installed and ultramodern technology is being used to ensure the safety of temples, he said.
Ramateertham made headlines in December 2020 when the idol of Lord Ram in the sanctum sanctorum of the 400-year-old temple was vandalised.
The State government had in January this year announced an allocation of Rs 3 crores for the reconstruction of the temple. The minister also released the design of the temple on Tuesday. (ANI)