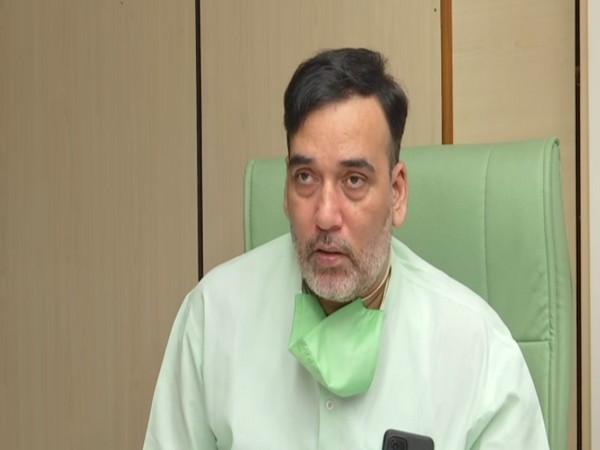 New Delhi [India], October 14 (ANI): Delhi Environment Minister Gopal Rai on Thursday said that the Delhi Government will start the 'Red Light On, Gaadi Off' campaign from October 18 with an aim to tackle air pollution and the first phase of the campaign will run till November 18.

"From October 18, we are starting the "Red Light On, Gaadi Off" campaign. The first phase of the campaign will run till November 18. In this regard, a joint meeting was held with the officials of the concerned departments, Traffic Police, Civil Defense and the Environment Department. Under this, 2500 Civil Defense volunteers will be deployed at 100 squares in 13 police districts. There will be 10 members each at 90 intersections while 20 environmental marshals will be deployed at the remaining 10 major intersections," he said.
Rai said that the campaign will take place in two shifts from 8 AM to 2 PM and then 2 PM to 8 PM. Civil Defense volunteers will also stand with cards for awareness, he said.
"We are in dialogue with Delhi's Residence Welfare Associations, Market Associations, clubs and NGOs regarding this campaign. Civil Defense Volunteers will also carry pamphlets detailing CM Kejriwal's appeals to take part in Red Light On, Gaddi Off Campaign, Using Public Transport once a week and registering complaints against the polluters of Green Delhi App. This will spread awareness about these appeals." he added.
The Delhi Chief Minister on Tuesday urged people not to take the vehicle at least once a week and travel on the metro, bus or share vehicles with others. He further asked people to download the Green Delhi app and complain against the industry or vehicle that is causing pollution.
Citing a research from Petroleum Conservation Research Association, he said that switching vehicles off at red light can reduce pollution by 13 per cent and Rs 2500 crores can be saved per year.
"Last time the campaign was very successful, we appeal to the teachers, lawyers, office workers and trade union people that we need your cooperation. With the AQI level of Delhi rising with the start of stubble burning, we have decided to reduce our pollution level," he added.
Delhi Chief Minister Arvind Kejriwal on Tuesday said that the 'Red Light on, Gaadi off' initiative will once again begin from October 18 to reduce the pollution level in the national capital. (ANI)