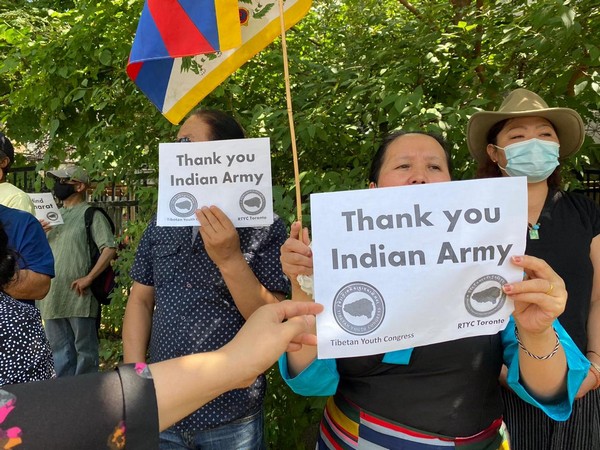 Toronto [Canada], June 30 (ANI): The Regional Tibetan Youth Congress staged a protest against China outside the Chinese Consulate in Toronto to show solidarity with India over the recent Chinese military intrusion in Ladakh's Galwan Valley.

The protest was held on Monday.
Protestors condemned the Chinese intrusion and raised slogans in support of India and the Indian Army like 'Tibet stands with India' and 'Thank you Indian Army'.
The Regional Tibetan Youth Congress also held similar protests in the New York and New Jersey in the United States.
Twenty Indian soldiers lost their lives in a violent face-off in the Galwan Valley on June 15-16 after an attempt by the Chinese troops to unilaterally change the status quo during the de-escalation.
Indian intercepts revealed that the Chinese side suffered 43 casualties including dead and seriously injured in the face-off. (ANI)