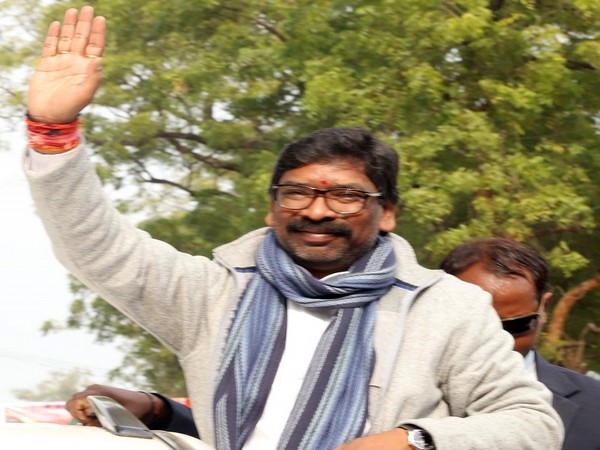 Ranchi (Jharkhand) [India], Feb 2 (ANI): Removing the black mark of human trafficking is the number one priority of the Jharkhand government, said Chief Minister Hemant Soren on Sunday, directing the Deputy Commissioner in Gumla to identify and provide help to probable and past victims, in his jurisdiction.

Reacting to reports in a paper, which claimed that the human traffickers in Gumla were threatening the minor victims who were rescued by the police, Soren urged the DC Gumla to ensure the safety of the children.
"Removing the black mark of human trafficking from Jharkhand is our first priority. Please take strict against the human traffickers in the case below. The DC Gumla is requested to identify the vulnerable children, who could be the victims of human trafficking, and induct them in education and skill training programs, apart from tracking them regularly," Soren's tweet, roughly translated in English from Hindi, which also had an image of the report in the local newspaper, read.
"The area's CWC, DCPO and anti-trafficking police units should also be strengthened to ensure a complete stop to such incidents," he added in his second tweet.
Earlier, through another tweet, the Chief Minister had said that the 41st foundation day celebrations of his party, the Jharkhand Mukti Morcha (JMM), will be held in Dumka on Sunday.
"Friends, today JMM's 41st foundation day celebrations will be held in Dumka. I have full faith that like every year, Dumka will be painted in the colours of the 'teer-kaman' (bow-arrow) this time too," Soren's tweet read.
Bow and arrow is the symbol of the JMM, the party started by Hemant's father, Shibu Soren, which is credited for beginning the struggle for a separate state. (ANI)