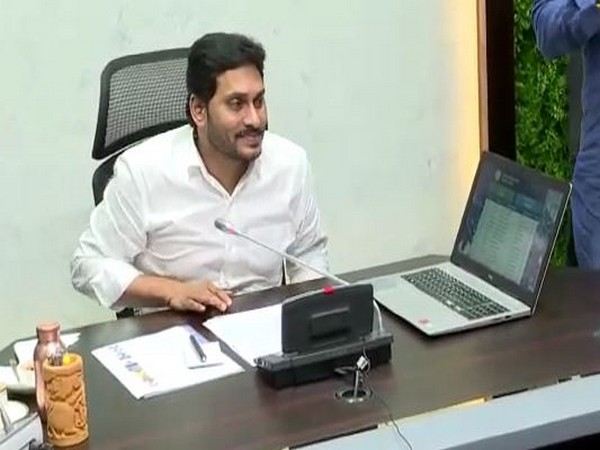 As per an official release, Chief Minister said that the government has recognised the need to support Industrial sectors in the wake of COVID-19 and enable them to restart their operations by giving support through the 'ReStart' package.
While releasing the second installment of the package to the MSME sector, Chief Minister held a video conference with district collectors.
Reddy said that it is a must for the state government to give handholding to the MSME sector. There are 97,428 units including 24,252 micro-units in the state. These units are providing employment to about 10 lakh people.
He said that his government has released the first tranche of Rs 450 crore in May and released Rs 512.35 crore today, to give a 'fillip' to the sector, adding that the previous government did not pay the investment incentives to industries to a tune of Rs 4,000 crore.
"Despite the financial constraints our government has cleared Rs 827 crore subsidies not cleared by the previous government. It did not clear investment dues worth over Rs 827.5 crore which my government has cleared off. MSMEs should be given support as they are considered to be the second-largest employment provider after agriculture," an official release quoted Reddy as saying.
He further said that the fixed power charges for three months, April, May and June are waived off to the tune of Rs 188 crore.
Soft loans will be provided from State Investment Corporation ranging from Rs 2 lakh to Rs 10 lakh towards working capital with interest ranging from 6 to 8 per cent to give boost to the MSME sector. A Joint Collector will be made in-charge of the MSME sector, he said.
"The state government is giving six months moratorium and has fixed the term to three years. The State will purchase 25 per cent of the 360 types of goods produced by MSMEs of which 4 per cent will be from MSMEs run by SCs and 3 per cent from units run by women. The bills will be cleared within 45 days," Chief Minister said.
Stating that the focus will be shifted on to spinning mills next year, he said that his government is planning to give Rs 1,000 crore package to spinning mills next year. (ANI)