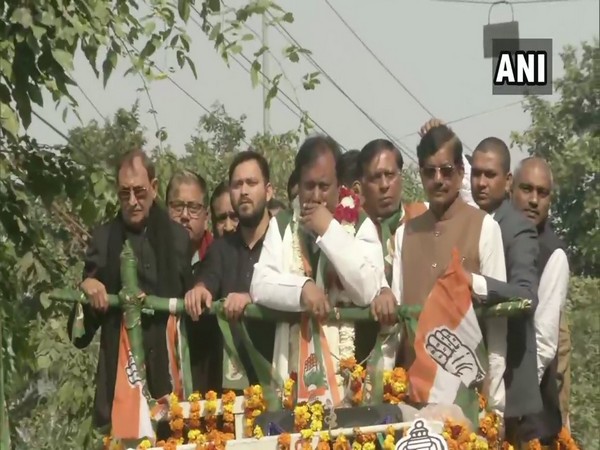 Standing atop an open white coloured jeep, Yadav waved and greeted the people. Supporters hailing the RJD-Congress coalition were seen carrying Congress and RJD flags.
RJD and Congress have forged an alliance for the Delhi Assembly polls and as per the agreement the former had got four seats to contest.
RJD candidate Pramod Tyagi will contest from Burari, while Mohd Riyazuddin Khan has been fielded from Kirari.
The party has given the ticket to Shakti Kumar Bishnoi from Uttam Nagar and Nirmal Kumar Singh from the Palam Assembly constituencies, respectively.
Assembly elections will be held in Delhi on February 8 to decide who will rule the national capital for the next five years with the ruling AAP making a determined bid to return to power and the BJP seeking to have a chief minister in the city after 20 years.
The Congress, which has ruled Delhi for 15 successive years, is also making efforts to regain its support base. Counting of votes will take place on February 11. (ANI)