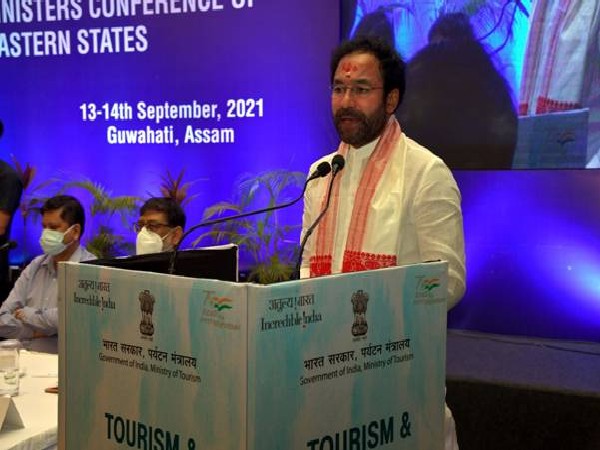 'Pilgrimage Rejuvenation And Spiritual Augmentation Drive (PRASHAD) scheme aims to provide branding and marketing assistance to the northeast region.
"Tourism can be a game-changer that can bring socio-economic change in the nation especially in the North-Eastern region," said Reddy while addressing the inaugural session of a conference here on Monday.
As per the ministry release, the two-day conference of Tourism and Culture Ministers of North Eastern States was organized under the Chairmanship of Reddy to discuss the development of tourism and issues related to connectivity in the North Eastern Region.
While addressing the forum, Reddy said that under the Swadesh Darshan Scheme, which focuses on the integrated development of theme-based tourist circuits, the Ministry has sanctioned 16 projects in the North-Eastern region.
"Our ministry is giving special emphasis on developing infrastructure, ground capacity and skills in Northeast region. The tourism ministry is also providing branding and marketing assistance to the northeast region through its various schemes and flagship initiatives," he said.
Reddy informed that under the PRASHAD schemes the ministry has sanctioned a number of projects in the region. "Approximately Rs 200 crore has been sanctioned for these projects," he added.
Talking about the initiatives under the Department of North Eastern Region, the minister informed that in the budget of 2021-22, the budget allocation to Northeastern states is Rs 68,020 crore. He urged all the state governments in the region to submit viable proposals so that the full amount allocated across various ministries can be successfully utilized.
In the event, a memorandum of Understanding (MoU) between the Ministry of Tourism and Indian Railway Catering and Tourism Corporation (IRCTC) was signed for cooperation in promoting domestic tourism and the development of new tourism products. (ANI)