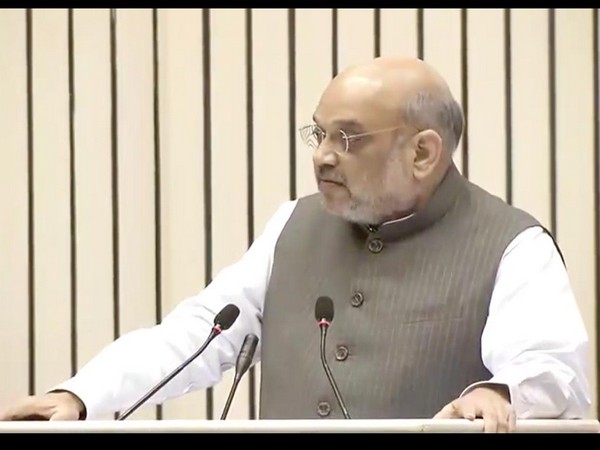 New Delhi [India], Oct 12 (ANI): Terming RTI as a big milestone and a great step to remove injustice and corruption from the system, Union Home Minister Amit Shah on Saturday said that the Central government is committed to creating a system where there is enough suo moto declaration of information and the need to file RTI applications itself is reduced.

Presiding over the 14th annual convention of the Central Information Commission (CIC), Shah said that RTI has transformed civil society into a force that ensures accountability from the government.
He lauded RTI as a step to remove injustice, arbitrariness and corruption from the system, increase efficiency and said it acts as a major grievance redressal tool.
Shah also said that RTI should be used carefully and not used for personal enmity or vendetta.
Expressing happiness at the functioning of the Right to Information (RTI) Act, he said the law has met its objective over the past 14 years of its enactment to increase the trust of people in the system of governance.
Shah said a sense of partnership goes a long way in making the nation progress.
Noting that the laws enacted by the British caused a disconnect between people and the administration, he said steps taken to remove the disconnect had not been very successful till 2005 but the gap is being fulfilled by transparency and accountability ushered in through RTI in the last 14 years.
"I feel that in our democratic journey, RTI is a big milestone. We can provide good administration on the basis of transparency and accountability. RTI has helped a lot in giving a boost to transparency and accountability," Shah said.
He noted that there has been very little misuse of RTI and said that this shows the maturity of a country's democracy.
According to a Home Ministry release, the minister hailed India as the first nation to have successfully created an accountability system until the last leg of governance.
He said that India has nearly 5 lakh information officers working to fulfill the writ of RTI at different levels of the government, and such a large number of officers working for the cause of transparency and accountability is not seen anywhere else in the world.
Shah said that under the leadership of Prime Minister Narendra Modi, the "government is committed to creating a system where there is enough suo moto declaration of information that the need to file RTI applications itself is reduced."
He said that the success of a transparent government lies not in an increase in the number of RTI applications but in the fact that RTI applications reduce in spite of the RTI process being completely accessible to people.
He also referred to the dichotomy between RTI and data protection laws.
Referring to the significance of proactive, suo moto declaration of information by government, he said the use of the internet has helped infuse transparency in the system.
He said the job of officers dealing with RTI is to create awareness and the people should know they do not need RTI for many things for which the government proactively declares information.
He referred to GeM (Government e-Marketplace) portal as an initiative towards transparency.
Shah said the government was committed to creating a system where people would not need to use RTI because the information would be proactively disclosed and available in public domain.
He also said that the government would further ease the process of RTI to take justice and accountability to the last mile.
Shah said that RTI would go a long way in creating a welfare state envisaged by the makers of the Constitution and New India as envisioned by the Prime Minister. (ANI)