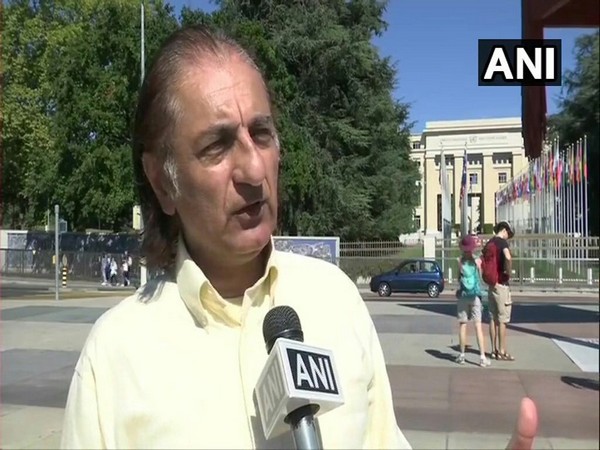 Dr Amjad Ayub Mirza, an activist and journalist based in the UK, said Pakistan has perfected the art of misleading the international community through the years and stressed that the need is to maintain pressure on the country until it acts against terror funding.
"The 11-year sentence given to Hafiz Saeed is a drama. They will file an appeal in the Supreme Court and he will be out of prison. A plenary session of FATF is scheduled from February 16 to 21 and if Pakistan is put on the black list from the grey list, it will fail to avail loan from any international organisation. Saeed's arrest is to mislead the international community", Mirza said.
On Thursday, an anti-terrorism court in Pakistan sentenced Saeed to 11 years in jail for financing terrorist operations. He is accused of masterminding the 2008 Mumbai terror attacks that killed 166 people.
Saeed is a co-founder of Lashkar-e-Taiba (LeT) terrorist outfit and the chief of Jama'at-ud-Da'wah (JuD), which is operating mainly from Pakistan.
In April 2012, the United States announced a bounty of USD 10 million on Saeed for his alleged role in the 2008 Mumbai attacks.
Mirza alleged that Saeed is a close aide of the Pakistan Army and will enjoy all hospitality in prison.
He said, "Pakistan will keep Hafiz Saeed securely as they kept Osama bin Laden in Abbottabad. Its jails are not like the ones in India, Bangladesh and Sri Lanka. They have keet Saeed in a five-star facility. Hafiz Saeed is like Pakistan Army's civil general."
"Pakistan has not acted against the JuD terrorists and cadres of Hafiz Saeed rather recruited them as private security guards. Whenever they need them, they will recall them and use them as proxies against India or any other country. It is like a reserve army. Hafiz Saeed should be tried for war crimes because he is directly responsible for genocide in Kashmir and he is a close aide of Pakistan Army," the activist further said.
If Pakistan continues to fail to satisfy the FATF and is downgraded to its blacklist, there could be serious financial and diplomatic implications, including an impact on a bailout the country getting from the International Monetary Fund (IMF). (ANI)