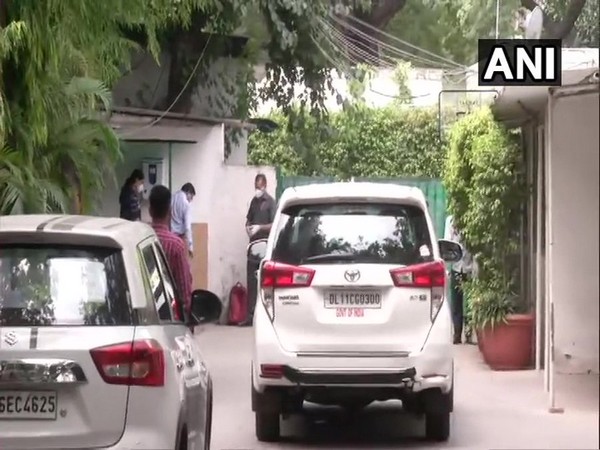 New Delhi [India], June 30 (ANI): A team of Enforcement Directorate (ED) on Tuesday arrived at the residence of Congress leader Ahmed Patel for questioning in connection with Sandesara scam.

Earlier on Saturday, after a team of ED interrogated Ahmed Patel at his residence the senior Congress leader said that "there is nothing to hide".
In a statement, Patel also targeted the Central government and said, "Rather than fighting the (COVID-19) pandemic and China, this government is more keen to fight the Opposition."
"If you were to do an analysis, you will see a clear pattern over the past many years. Every time their is Rajya Sabha, Lok Sabha, Vidhan Sabha election or the government is facing a crisis, one or more investigative agencies become active on the instructions of one individual," Patel said.
"Unfortunately, this time the (Prime Minister Narendra) Modi government's failure to manage an economic, health and national security crisis is now so huge, that none of the agencies can help spin the narrative," he added.
Patel went on to add, "Nonetheless, our conscience is clear. We have nothing to hide, nor are we afraid to criticise and expose the government's failures and their past corruption."
Patel's name surfaced during the investigation against Sandesara Group of Companies in alleged bank loan fraud case. ED's investigation reveals that Sterling Biotech Ltd (SBL) / Sandesara Group and its main promoters namely Nitin Sandesara, Chetan Sandesara, and Deepti Sandesara have allegedly cheated more than Rs 14,500 crores.
Not only Ahmed Patel, his son, Faisal Patel, and his son-in-law, Irfan Siddiqui, have been named by a corporate executive being questioned by the Enforcement Directorate in connection to a money laundering case. (ANI)