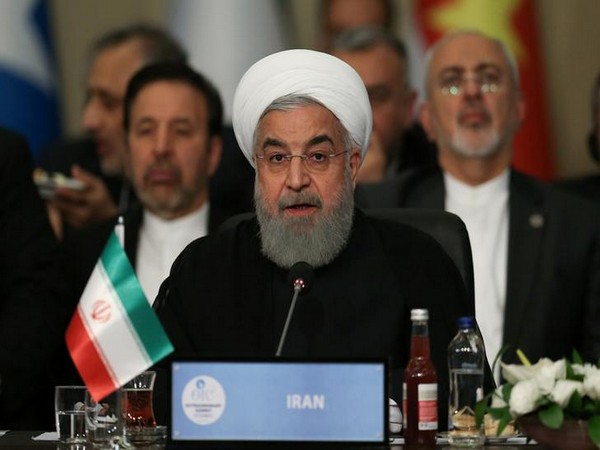 Tehran [Iran], Feb 03 (ANI): Saudi Arabia barred Iran from attending a meeting of Organisation of Islamic Cooperation (OIC) where US President Donald Trump's peace plan for the Israeli-Palestinian settlement will be discussed.

In a statement, Iranian Foreign Ministry spokesperson Seyyed Abbas Mousavi on Sunday said that Saudi Arabia has denied visas to the Iranian delegation led by Deputy Minister of Foreign Affairs Hossein Jaberi.
The fifty-seven member OIC, a forum comprising Muslim-majority countries, will convene the meeting on Monday over the peace plan unveiled by Trump last week.
Saudi Arabia and Iran are engaged in a proxy war for many years.
"The Saudi government... violated the definite commitments as the government hosting this international organisation as well as the plain principles stipulated in the modus operandi of such organisations, such as the necessity of ensuring the free and unrestricted participation of the member states in all activities of the organisation, and denied the Islamic Republic of Iran's delegation led by Deputy Minister of Foreign Affairs Hossein Jaberi Ansari visa until the final hours before the meeting," Mousavi said in a statement.
The Middle East plan, which was three years in making, establishes Jerusalem as Israel's "undivided" capital and offers a path towards a two-state solution to one of the longest conflicts in history.
Iran has condemned the deal calling it "most despicable plan".
"Enough of these foolish attempts. The Most Despicable Plan of the Century," Iranian President Hassan Rouhani tweeted on late Wednesday. (ANI)