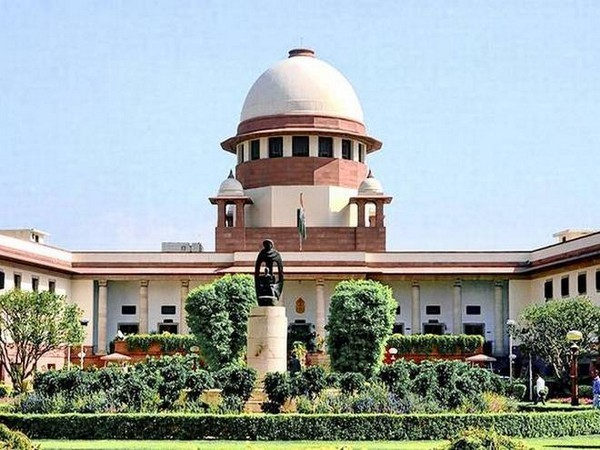 New Delhi [India], Jan 31 (ANI): The Supreme Court on Friday issued notice to the Centre on a batch of pleas, including the one filed by Bhim Army leader Chandrashekhar Azad challenging the Citizenship Amendment Act (CAA) and tagged them along with other pending petitions.

A Bench of Chief Justice SA Bobde sought response from the Centre on a joint plea filed by Azad, Swami Agnivesh and Wajahat Habibullah, former Chairperson of the National Minority Commission against CAA, NRC and NPR and other petitions including Mariani Nagarik Samity.
The petition filed by Azad said that the Citizenship Amendment Act, 2019 is only a step leading to the promulgation of the National Register of Citizens (NRC) with the clear intent of placing all the backward sections of citizens including Muslims into detention centers and removing them from the mainstream.
"There is no cogent or sustainable reason to amend the Citizenship Act, 1955, which confers citizenship on the basis of descent, birth, registration, naturalization and not by virtue of religion," the plea said.
It further added that CAA creates a classification based on religion, thereby "violating the basic structure of the Constitution".
Several petitions were filed in the Apex court, for and against the CAA. There have been protests in different parts of the country against the Act.
The law has also faced opposition from state governments with Kerala and West Bengal passing resolution against the Act in their respective Assemblies.
The law grants citizenship to Hindus, Sikhs, Buddhists, Jains, Parsis and Christians who fled religious persecution in Afghanistan, Bangladesh and Pakistan and took refuge in India on or before December 31, 2014. (ANI)