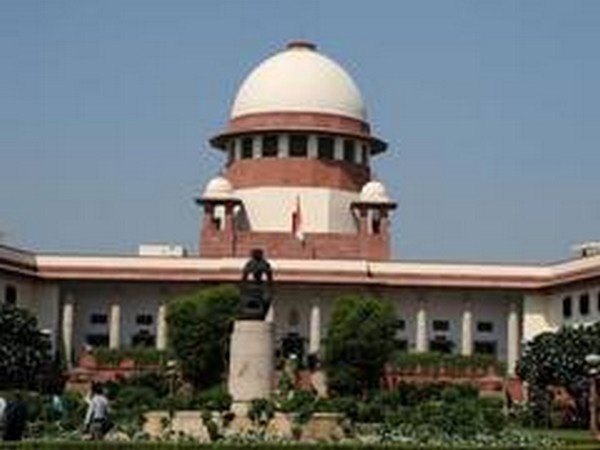 New Delhi [India], January 14 (ANI): Supreme Court on Wednesday issued notice to the CBI, after hearing a petition filed by the mother of the five-year-old girl who was allegedly kidnapped, raped, and killed in July last year, seeking a CBI inquiry into her daughter's death.

The woman had knocked the doors of the Supreme Court seeking an independent CBI probe into her daughter's rape and murder.
A bench of the Apex Court, headed by Justice AM Khanwilkar issued notice to the probe agency, CBI, for its reply on the woman's petition.
Senior lawyer, Mahesh Jethmalani and Ravi Sharma appeared for the minor victim's mother before the Supreme Court on Wednesday.
The incident took place in Odisha's Nayagarh in July last year.
The present writ petition has been filed by the woman under Article 32 for violation of her fundamental rights guaranteed under Articles 14 and 21 of the Constitution of India and therefore seeks a direction for an independent investigation to be conducted by the Central Bureau of Investigation (CBI) in the rape and murder of petitioner's five year-old daughter.
The petitioner, is an aggrieved party, as she is the mother of the victim who was eventually raped and murdered, and "she has lost hope in a fair investigation and justice and became a subject of harassment and boycott by the society, as well as the law enforcement agencies," the plea filed by petitioner's lawyer, Mahesh Jethmalani and Ravi Sharma, stated.
The respondent one, is the premier investigating police agency, CBI. "It has a major role in preservation of values in public life and in ensuring the health of the national economy," the petition said.
The petitioner stated that on July 13, 2020, her daughter was allegedly kidnapped, when she was playing outside her house. Nine days after the incident, on July 23, some pieces of the broken skeleton of the girl tied with a bag and dumped in garbage was found from a distance from the house belonging to one Biranchi Sahoo.
The police officers were treating the petitioner and her family members as criminals and have been completely insensitive towards their complaint.
The petitioner and her husband were picked up on July 26 and were forced to remain for 12 hours with the police, without any food and water and were only dropped off at midnight after being tortured and mentally harassed. It is only with the intervention of the Odisha High court on August 11 that the petitioner and her husband got protection, the petition said.
The conduct of the probe agency, the Odisha state police, illustrated that they have vested interest in undermining the investigation in as much as already the case has lead to mass protest in the state and the credibility of the state police, crime branch and SIT is at stake, the petition said.
"The state police department cannot be entrusted with the investigation of the alleged offences as their conduct in investigating of the said incident illustrates the fact that they are shielding the real accused persons and diverting the issue," the petition claimed. (ANI)