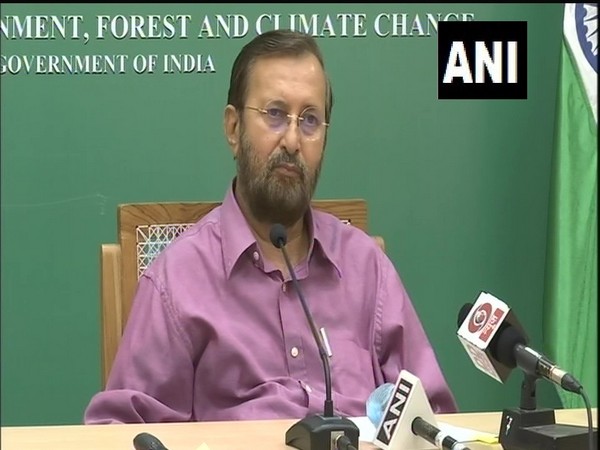 Mumbai (Maharashtra) [India], June 10 (ANI): Union Minister Prakash Javadekar on Thursday said that the Supreme Court had pulled up West Bengal and Delhi for providing incorrect information about children who were orphaned due to Covid-19.

Addressing a press conference in Maharashtra, Javadekar speaking in Marathi said: "Delhi and Bengal government were reprimanded by the Supreme Court for providing incorrect info about children who were orphaned or whose parent died due to Covid-19. This information is also not available on the Bal Swaraj portal."
"What else do you need than this mirror, Kejriwal and Mamta?," Javadekar asked.
Supreme Court had on Monday started hearing the Suo Motu Cognisance case involving contagion of Covid 19 virus in children protection homes across the country and also the issue of rehabilitation of orphaned children.
A two-judge bench of the apex court, headed by Justice L Nageswara Rao and also comprising Justice Aniruddha Bose hearing the case told Delhi and West Bengal governments to share full information about the number of orphans and vulnerable children who were abandoned or lost single parent during the Covid-19 pandemic since April 2020.
The National Commission for Protection of Child Rights (NCPCR) chairperson Priyank Kanoongo has alleged that the Delhi and West Bengal governments have been reluctant in providing data of children orphaned due to COVID-19.
The child rights body said that state-wise data received regarding children who have lost a parent or both parents from April 1 last year to June 5, 2021, irrespective of their reason of death, was uploaded on its 'Bal Swaraj' portal. The NCPCR chief alleged that they did not get proper help from Delhi and West Bengal.
On May 29, Prime Minister Narendra Modi had announced a number of benefits to children impacted by the current COVID pandemic.
Meanwhile, Javadekar today inaugurated an Oxygen plant set up at Vikhe Patil Foundation Hospital. "I am especially happy to inaugurate the Oxygen Plant set up at Vikhe Patil Foundation Hospital today. Out of this, 500 litres of liquid medical Oxygen is going to be produced per minute and this is a good start. This will make the hospital self-sufficient in oxygen. Congratulations for that!"
"During the COVID-19 period, it became clear that even after 65 years of independence, many hospitals did not have their own system for producing medical oxygen. For this, our Prime Minister's PM-CARES approved to set up 1200 oxygen production plants in various government hospitals in the country", the Union Minister said.
The Union Minister further said, "Like the Vikhe Patil Foundation, other private hospitals in the country need to be self-sufficient in oxygen. If there is such a crisis in the country, there will be no shortage of oxygen anywhere." (ANI)