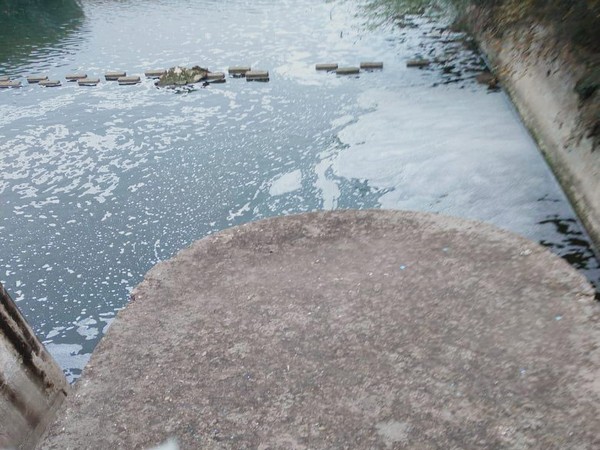 New Delhi [India], January 13 (ANI): The Supreme Court on Wednesday took suo moto cognizance on the issue of "remediation of polluted rivers" observing that one of the major causes of water pollution was the discharge of non treated/ partially treated municipal waste and effluents of various States and cities.

A bench comprising Chief Justice of India SA Bobde, Justice AS Bopanna and Justice V Ramasubramanian issued notice to Uttarakhand, Himachal Pradesh, Haryana, Delhi and Uttar Pradesh along with the Ministry of Environment, Forest and Climate Change, Ministry of Housing and Urban Affairs and Central Board of Pollution Control.
The court also appointed senior advocate Meenakshi Arora as amicus curiae in the case to assist it in the matter. It has now posted the matter for hearing for January 19.
The Bench took the suo moto cognizance on the issue of pollution of water resources and the deterioration in the quality of freshwater as being an issue of greater importance affecting the general public and living beings including marine life.
"Deterioration of quality of freshwater has a direct correlation with the quality of public health. It is an acknowledged fact that pollution of water supplies by sewage effluents has been and still is a major cause of a variety of diseases and discomforts," the Bench stated in its order.
The Bench, on the major causes of water pollution in the cities, observed that "surface water resources such as rivers, ponds and lakes where effluents are discharged from local bodies are highly polluted. Such discharge of human sewage and other pollutants results into deterioration in chemical, physical and biological properties of water. All these processes lead to the degradation of the natural environment."
In dealing with the issue of water pollution, the procedure of setting up Sewage Treatment Plants were implemented with a purpose of prioritising the cities that discharge industrial pollutions and sewer directly in the rivers and water bodies, the Bench said, adding that this system is either not treated through a plant before discharging effluents or the treatment plants do not function adequately.
The top court directed the Central Pollution Control Board (CPCB) to submit a report identifying municipalities along the river Yamuna, which have not installed total treatment plants for sewage as per the requirement or have gaps in ensuring that the sewage is not discharged untreated into the river.
CPCB may also highlight any other source of prominent contamination within the limits of Municipalities, it said. CPCB shall also submit a priority-wise list of Municipalities, the river stretches adjacent to which have been found to be most polluted, the order stated.
The apex court was hearing a petition filed by the Delhi Jal Board (DJB) seeking directions for the Haryana government for ceasing the discharge of untreated effluents resulting in a rise of ammonia levels in river water. The apex court sought the Haryana government's response on DJB's pleas.
During the hearing, advocate Arora appearing for DJB told the Bench that Haryana has been failing to prevent the discharge of effluents in the river water as they lack the required mechanism to treat the water levels.
Yamuna river water is the source of supplying drinking water to major areas in the Delhi and therefore, the rising ammonia levels in the river water are harmful and deadly for the citizens of Delhi, Arora said, adding that ammonia, when mixed with chlorine, will cause cancer and we cannot let the citizens die.
The major issue which the State of Haryana faces is that it lacked proper mechanism in treating the discharged water and Haryana is failing to control the issue of rising ammonia levels, Arora added. (ANI)