'Scale issue' differs in COVID-19 surge in US and India, says WHO's India representative 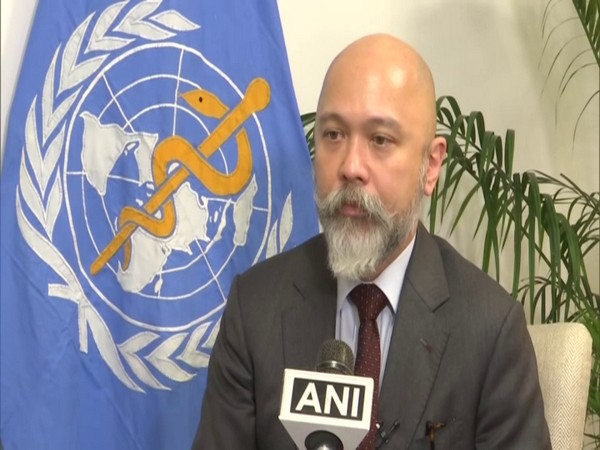 Geneva [Switzerland], May 4 (ANI): The difference in COVID-19 surge in countries like the United States and India is the "scale of the surge and scale of the response", says Dr Roderico Ofrin, WHO's India Representative as the pandemic continues to challenges country's health infrastructure.

"I think the difference is in terms of scale. The pattern of how this has spread and the waves whether it was in Europe or the US is fairly similar. But the scale is very different. The density of the population is probably a factor for this," Dr Ofrin told UN News in an exclusive interview on Monday.
"...so it's a scale issue -- the scale of the surge and scale of the response. I think that would be the big difference in these countries that have seen the surge," he added.
Over the possible spread of double mutant in India, Dr Ofrin said that "there is some evidence of variants, such as the B.1.17 as being more contagious and as more transmissibility and so is the B.1.617 which as the double mutations. But that alone is not much proof yet in terms of if it's the single driver in the rapid rise in cases."
Whether India should prepare for the third wave, the WHO official said, "There is no problem in keep on preparing. It's a whole cycle -- preparedness, readiness, response and recovery. It's a whole cycle and you don't stop. We have to be ahead of the game because we know how to deal with it. The tools are the same -- consistent testing, contact tracing, in this case, active case finding and early proper treatment."
On UN's response to COVID-19 surge in India, Dr Ofrin said, "We have 2600 network of experts in place in 23 states and union territories. That's the network of staff that will have dealt with public health goals."
We have also repurposed some of our staff and experts in the health system, he added.
India on Sunday 3,68,147 new coronavirus infections and 3,417 related deaths in the last 24 hours, informed the union health ministry on Monday morning. With this, the cumulative count of the cases went up to 1,99,25,604. (ANI)