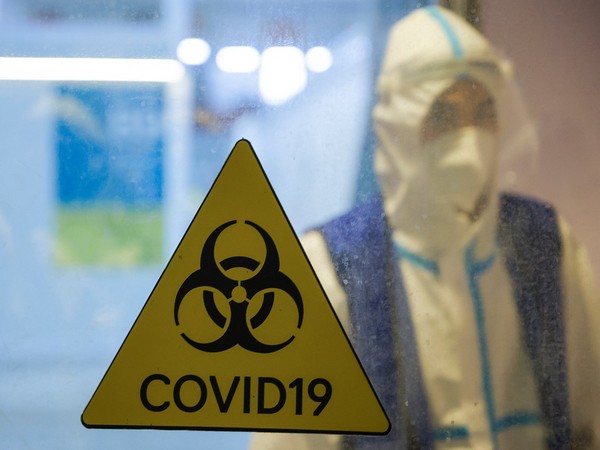 New York [US], April 8 (ANI): A group of international scientists called for a new investigation into the origins of Covid-19 on Wednesday after China and the World Health Organization (WHO) released a scrutinized report last week concluding that the virus most likely came from wildlife instead of a laboratory.

Twenty-four scientists from Europe, the US, Australia and Japan issued an open letter, which was obtained by The New York Times, that analyzed steps to complete a more comprehensive investigation, as reported by The Hill.
"Calling for a full investigation into the origins of the pandemic by the best available means is not intended to point fingers at any one country. Its purpose is to leave no stone unturned in seeking to understand how this catastrophe began so we can prioritize efforts to address our greatest shortcomings for the benefit of all people and all nations," the letter read.
The Hill reported that the letter, which followed a previous open letter criticizing the WHO report, pointed out that "critical records and biological samples that could provide essential insights into pandemic origins remain inaccessible."
The scientists requested a probe involving biosecurity and biosafety experts conducted either by WHO or another group of nations to study the origins of COVID-19, which was first reported in Wuhan, China, in 2019.
The WHO report determined that the possibility the virus came from a lab was "extremely unlikely," noting there was "no record" any lab had closely related viruses.
Jamie Metzl, an author, senior fellow of the Atlantic Council, an international policy think tank and signatory of the scientists' letter, said the renewed calls for a more thorough investigation reflected the need for greater monitoring of and restrictions on what viruses can be studied in labs around the world.
"This is not about ganging up on China," Metzl said according to The New York Times.
WHO Tedros Adhanom Ghebreyesus, said later that the mission's consideration of a possible lab leak was not "extensive enough."
Metzl said he couldn't agree more and said that in the future, such a review should include U.S. labs. But, he said, the pandemic is of utmost urgency and he wants to start right away with China.
"It absolutely makes sense to establish a global regulatory system overseeing aggressive work with dangerous or deadly pathogens everywhere," he said.
India, last week, said that it fully supports the World Health Organization Director-General Tedros Adhanom's expectation that future collaborative studies will include more timely and comprehensive data sharing but raised concerns over China's delaying tactics and lack of access to "complete, original data and samples".
Tedros, who has been accused of complacency towards China, hardened his tone acknowledging the concerns about China's refusal to share raw data about early Covid-19 cases.
The United States, Australia, Canada, the Czech Republic, Denmark, Estonia and Israel said in a statement that they "fully" supported the WHO's efforts to bring an end to the pandemic, including understanding how it "started and spread".
But they added it was "essential that we voice our shared concerns that the international expert study on the source of the SARS-CoV-2 virus was significantly delayed and lacked access to complete, original data and samples".
US Department of State Spokesperson Ned Price on Wednesday (local time) said that what is evident from Washington's review of the report is that it lacks crucial data, it lacks information, and it lacks access. "It represents a picture that is partial and, in our view, incomplete. That's not just our view. Many other countries share that view," he said during a briefing.
China has been criticised widely across the world for its role in the spread of the novel coronavirus that has infected over 132 million people across the world. More than 2.8 million people have lost their lives to the virus, as per Johns Hopkins University. (ANI)