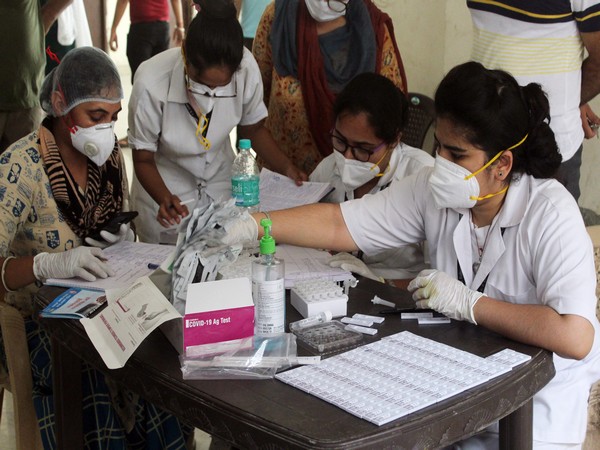 New Delhi [India], September 15 (ANI): The result of the second national sero survey will be announced by the end of September, said Professor (Dr.) Balram Bhargava, DG of Indian Council of Medical Research (ICMR) on Tuesday.

"Sero Survey tells us about the prevalence or trend of the pandemic in a particular area. One sero survey alone will not be enough. If you will look at the Geneva serosurvey, they did it for five weeks and it was published in Lancet, they did not show many changes. The National Sero Survey which was conducted in April-May is being repeated now after three months," Dr. Bhargava said during a press conference.
"We have completed the same for 68 out of 70 districts, analysis is being done. We should have the results of the second Sero survey this month. Then we can compare the two," he added.
ICMR DG said that through sero survey, we can get an estimate of the infection fatality rate.
"If you look at the results of National Sero Survey which was conducted in April-May, the infection fatality rate was 0.5 to 0.6 per cent, much lower than Europe and America which have an infection fatality rate ranging between 1.2 to 1.8," he added.
The findings of the first national population-based sero-survey indicated that 0.73 per cent of adults in India were exposed to SARS-CoV-2 infection, amounting to 6.4 million infections in total by the early May 2020, revealed the Indian Council of Medical Research (ICMR) sero-survey on September 10.
Based on the overall adjusted sero-prevalence of 0.73 per cent and reported COVID-19 cases, it was estimated that for every RT-PCR confirmed case of the novel coronavirus, there were 82-130 infections in India, noted the survey.
The sero-prevalence ranged between 0.62 and 1.03 per cent across the four strata of districts.
Meanwhile, India's COVID-19 case tally crossed the 49-lakh mark today. A total of 49,30,237 cases have been reported in the country including 9,90,061 active cases, 38,59,400 cured/discharged/migrated and 80,776 deaths. (ANI)