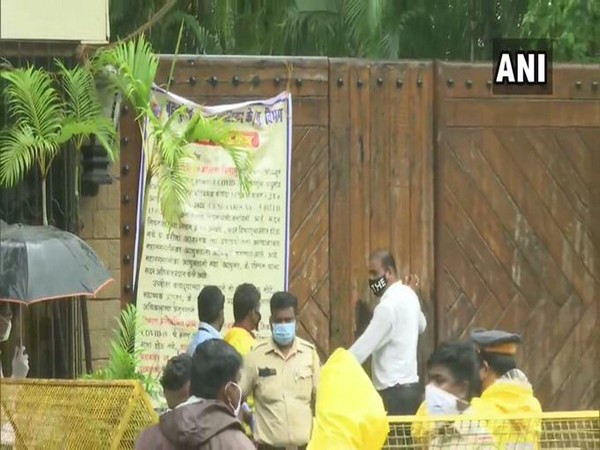 Mumbai Police said the security has been enhanced as a precautionary measure after actor turned politician Jaya Bachchan in a fiery speech slammed those who are tarnishing the film industry's image in the Upper House of the Parliament.
Without naming BJP MP Ravi Kishan who had on Monday raised the issue of the use of drugs in the film industry, Samajwadi Party MP Jaya Bachchan on Tuesday stated that she was "ashamed that yesterday one of our members in the Lok Sabha, who is from the film industry, spoke against it."
The lawmaker also said the government should stand by the entertainment industry when some people are trying to tarnish its image.
She also added people working in the entertainment industry are being "flogged" by social media.
Jaya Bachchan, a four-time Rajya Sabha MP had on Tuesday given a zero hour notice in the Upper House over an alleged conspiracy to defame the film industry. (ANI)