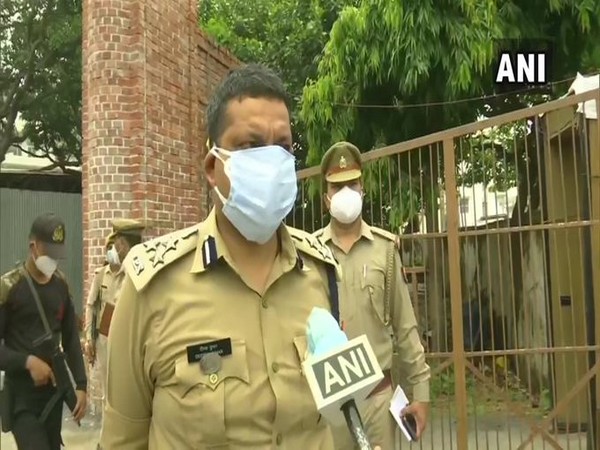 Ayodhya (Uttar Pradesh) [India], August 1 (ANI): The security arrangements for the foundation stone-laying ceremony of Ram temple in Ayodhya on August 5 have been put in place and people are being requested to refrain from gathering at a place, Ayodhya Senior Superintendent of Police (SSP) Deepak Kumar said on Saturday.

The Ayodhya SSP said that planned route diversions have been made at 12 places to ease traffic movement.
"Security arrangements for foundation stone laying ceremony of Ram Temple on August 5 in place. COVID-19 protocols will be followed. Requesting everyone to not let more than five people gather at a place. Also planned route diversions at 12 places to ease traffic movement," said Ayodhya SSP.
Uttar Pradesh Chief Minister Yogi Adityanath will visit Ayodhya on August 2 to take stock of preparations for the Ram temple foundation stone-laying ceremony.
Prime Minister Narendra Modi is scheduled to lay the foundation stone of the Ram Temple in Ayodhya on August 5, according to Mahant Nritya Gopal Das, the president of the Sri Ram Janmabhoomi Teertha Kshetra Trust.
The construction of the Ram temple will begin after the foundation stone-laying ceremony.
The Supreme Court, on November 9 last year, had directed the Central government to hand over the site at Ayodhya for the construction of the Ram temple. (ANI)