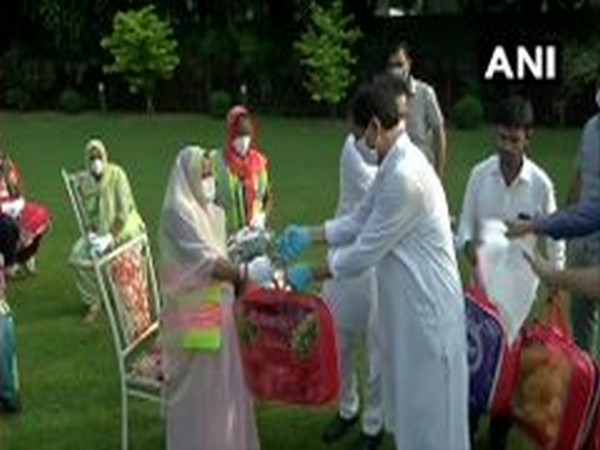 Bharatiya Janata Party (BJP) had launched a week-long campaign namely 'Seva Saptah' on September 14 to mark the 70th birthday of the Prime Minister. Several social initiatives are being undertaken by the party leaders and workers across the country.
This campaign was launched by the party president J P Nadda at Chhaprauli village in Gautam Buddh Nagar district of Uttar Pradesh.
The campaign will continue till September 20. (ANI)