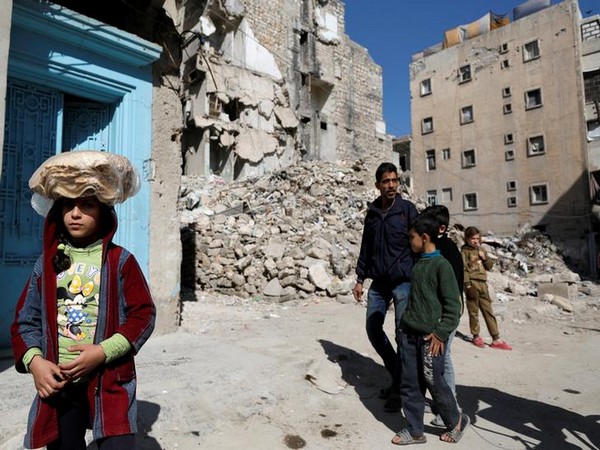 Cairo [Syria], Feb 2 (ANI): Several journalists were wounded during the Syrian government's military operation against the Jabhat al-Nusra group in the al-Qarasi region in the vicinity of Aleppo.

Syria's government and Russian forces have intensified air attacks and a ground offensive in the cities of Idlib and Aleppo after terrorists from Hayat Tahrir al-Sham, formerly known as Jabhat al-Nusra, have staged assaults on the Syrian armed forces' positions with three car bombs in Aleppo.
"Several journalists were injured while they were covering the advancement of the government army in the al-Qarasi region in the vicinity of Aleppo," Sputnik quoted Ikhbariya broadcaster as reported.
According to Syrian state-owned broadcaster SANA, those injured as a result of a militants' attack are cameramen of two Iranian broadcasters.,
In December last year, the United Nations had said that over 235,000 people fled the Idlib region in the last two weeks after Russia and Syria launched airstrikes in a bid to take over the last major opposition bastion.
Syrian Bashar al-Assad regime, backed by Iran, has reportedly promised to take back the rebel-controlled area and broke a ceasefire that was announced in August. They have since December 19 seized dozens of towns and villages from armed fighters amid clashes that have killed hundreds on both sides. (ANI)