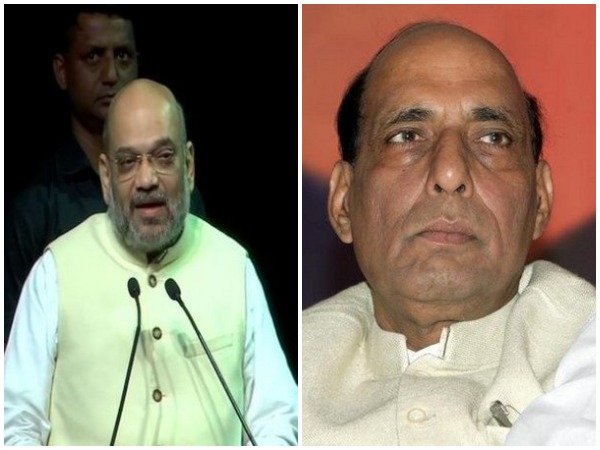 "Extension of Prime Minister Garib Kalyan Ann Yojana reflect the prime minister's sensitivity to crores of poor people and his commitment to their welfare. Nobody slept hungry in a large country like India during the corona period, thanks to Modi Ji's foresight and successful implementation of the scheme," Shah tweeted.
"For facilitating free ration to the poor by extending the Pradhan Mantri Garib Kalyan Anna Yojana till November, I congratulate Prime Minister Narendra Modi. At the same time, I also thank the hardworking farmers and honest taxpayers of the country, whose hard work and dedication is benefitting the country's poor people today," he added.
Meanwhile, Defence Minister Rajnath Singh also lauded the commitment of Prime Minister Narendra Modi to the welfare of the poor.
"The Prime Minister has given a big relief to the poor by announcing to extend the system of free ration to the poor to November end. This shows his sense of devotion to the welfare of the poor. I welcome this historic announcement," Singh tweeted.
"India is fighting the coronavirus pandemic with full force under the leadership of Prime Minister Narendra Modi. In this crisis, the Prime Minister has expressed special concern that no poor family should sleep hungry. Nearly 800 million poor people have benefited through Garib Kalyan Yojana," he added.
Earlier today, Prime Minister Modi announced that his government will extend till the end of November, the Pradhan Mantri Garib Kalyan Ann Yojana, under which foodgrains are being provided to the poor and needy.
"The scheme will provide 80 crore people with free grains, will now be applicable in July, August, September, October and November too. The government, during these five months, will give each family member 5-kilogram wheat or 5-kilogram rice free of cost, apart from this each family will get free one kg of chana (chickpeas) too every month," he said.
The Prime Minister further said that the extension of this scheme will require an additional expense of Rs 90,000 crore. (ANI)