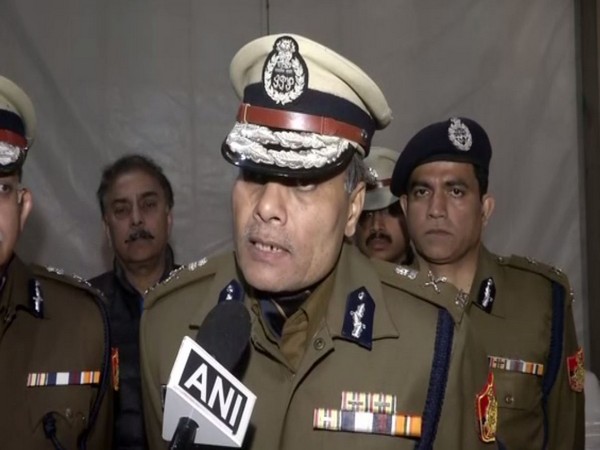 By Ravi Jalhotra
New Delhi [India], Feb 2 (ANI): Delhi Police Commissioner Amulya Patnaik on Sunday said that the gunman at Shaheen Bagh, who fired aerial shots on Saturday to frighten the anti-CAA protesters, desisted from doing "something more" thanks to the heavy police presence at the protest site.

Speaking exclusively with ANI on Sunday, Patnaik said: "Due to police deployment, he (the gunman) did not have the courage to do something more. He did some attempt and tried to flee from the site. But police nabbed him there."
The gunman was identified as Kapil Gujjar, a resident of Dallupura village near Delhi-Noida border.
Patnaik said that the security has been beefed up at all the protest sites in the national capital and policemen are frisking every suspect person.
The Commissioner's remarks came amid the Delhi police facing flak over two firing incidents at the anti-CAA protesters at Jamia Millia and Shaheen Bagh, in spite of heavy police presence at both the places.
On January 30, a juvenile brandished a country-made pistol and fired at and injured a Jamia University student, Shadab Farooq, who was part of the group that was protesting against the Citizenship Amendment Act (CAA) near Jamia Millia.
In the photographs and videos taken at the incident site, a number of policemen are seen looking on without trying to stop the juvenile gunman from firing.
"There are two incidents (of firing) but are isolated. We have made elaborate arrangements not only at Shaheen Bagh but other protest sites as well. We have stepped up the vigil after the incident at Shaheen Bagh. Policemen will check and frisk doubtful persons," he said.
Citizens' protests are going on at several places in the national capital against the CAA and the proposed NRC.
Patnaik said that senior police officials are speaking with the Shaheen Bagh protesters and have been requesting them to clear the site as the blockade is causing a lot of inconvenience to other people.
"For the past few weeks, Delhi Police is talking to people who have been protesting in Shaheen Bagh. We have been requesting them to shift the protest from the main road as people are having inconvenience. Police have been deployment and barricades have also put up," Patnaik told ANI.
"We are trying to convince them. We have adopted the persuasive approach so far. We are also engaging their leaders in talks. We are appealing to them as there are women and children. We have held detailed discussions with their leaders. We are hopeful that they will listen to the appeal of Delhi Police and clear it (the site) off," he said. (ANI)