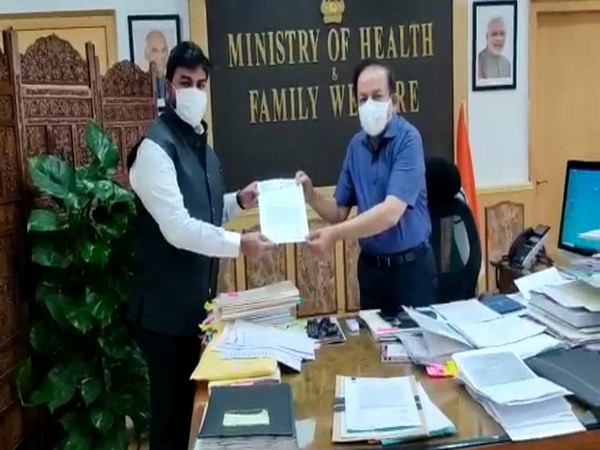 In the letter, Shewale said that the state has 14 lakh doses of Covishield and Covaxin vaccines left and cities like Pune and Panvel had stopped vaccination due to this shortage.
"Mumbai also has an impending crisis as there were only 1.76 lakh doses of Covidshield left till Tuesday," he wrote.
He further mentioned that in order to meet the state government's daily target of 4.5 lakh vaccinations per day, a minimum of 40 lakh more doses is required.
"According to the Government of Maharashtra, the vaccine stock will deplete in two to three days. As Maharashtra has daily target of 4.5 vaccinations per day they require minimum 40 lakh doses to meet this target," he stated.
Addressing the Centre's information that the required doses will be supplied by April 15, the Shiv Sena MP said that it will be too late by then as the number of positive cases is increasing by around 50,000 per day in the state.
"It is also learnt that the citing figures from latest release order of vaccines from centre states like Uttar Pradesh, Madhya Pradesh, Gujarat, Haryana, etc, have been given more vaccines in comparison with population and COVID-19 cases, " he added, saying that Maharashtra has been given 7.5 lakh dosages only.
Other leaders of the state, including Health Minister Rajesh Tope and MP Priyanka Chaturvedi, have also written to the health minister regarding the same.
As many as 56,286 new COVID cases and 376 deaths were reported in Maharashtra in the last 24 hours, the state health department informed on Thursday.
With this, the total positive cases now stands at 32,29,547, including 5,21,317 active cases, 26,49,757 recoveries and 57,028 deaths. (ANI)