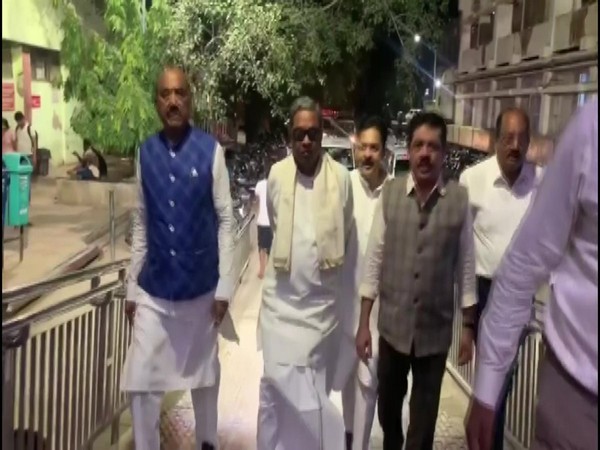 New Delhi [India], Sep 13 (ANI): Congress leader and former Karnataka chief minister Siddaramaiah was not allowed to meet DK Shivakumar on Thursday at RML hospital where he was brought from the Enforcement Directorate (ED) office.

Shivakumar is in ED's custody since September 3 in connection with a money laundering case.
Siddaramaiah along with Shivakumar's brother, DK Suresh and others arrived at RML hospital to meet the Karnataka lawmaker. However, they were not allowed to meet Shivakumar.
On Monday, a special court had refused to increase the time allotted to Shivakumar, who is under ED custody till September 13, for meeting his family members and lawyers.
The Congress leader through an application has sought extra time to meet family and lawyers from 30 minutes to 1 hour. The court had earlier allowed family and lawyers to meet DK Shivakumar regularly for 30 minutes.
D K Shivakumar's bail application will be heard on September 13.
A money laundering case was registered by the agency against him in September last year, based on a complaint filed by the Income Tax Department.
The I-T Department, during the initial probe, had found unaccounted and misreported wealth linked to Shivkumar.
The I-T Department also came across money laundering and hawala operations, involving a network of persons across Delhi and Bengaluru. They had allegedly set up a base in order to transport and utilise the unaccounted cash.
Earlier in the day, Aishwarya, Shivakumar's daughter appeared at the ED office for questioning in connection with the money laundering case in which Kumar is an accused. (ANI)