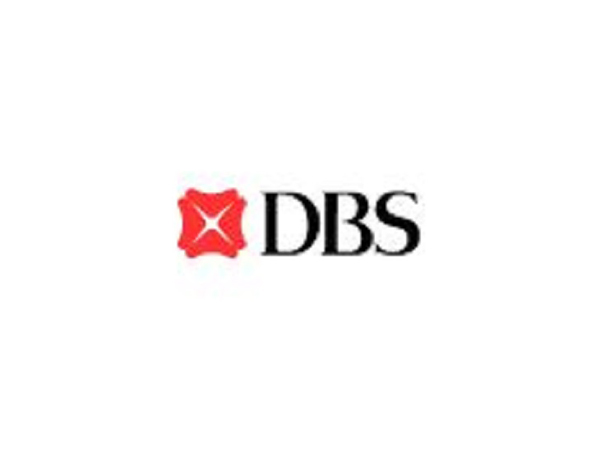 Singapore headquartered DBS Group's first-quarter 2021 net profit nearly doubled from the previous quarter and increased 72 percent from a year ago to SGD2.01 billion (USD 1.51 billion). It is the first time quarterly earnings has exceeded SGD2 billion.

Total revenue for the first three months of the year came in at SGD3.85 billion which is 18 percent higher compared with Q4-2020 but a four percent decline from a year ago. The bank noted that this would have grown nine percent had Net Interest Margin (NIM) been stable. Expenses rose two percent to SGD1.59 billion mostly due to the amalgamation of DBS India with LVB. DBS had said when announcing the takeover that it was to inject SGD463 million into the then-ailing Indian bank.

In November, when the amalgamation was announced by RBI (Reserve Bank of India), the 94-year-old Indian bank was under a one-month moratorium which capped withdraws by account holders and creditors at INR25,000. Due to the weak financial situation of LVB, many investors in Singapore were wondering whether DBS was somehow coerced into taking over LVB.

However, at the last AGM held in March 2021, CEO Piyush Gupta dispelled these rumours by saying that DBS had been on the lookout for inorganic expansion in India and were considering LVB as one of its options. "One of the reasons why we decided to establish a wholly-owned subsidiary in India was because we knew it would give us the opportunity to expand both organically and inorganically." He continued, "Therefore when the Reserve Bank of India approached us with the possibility of amalgamating LVB, the Board was able to respond very quickly."

He further assured investors that the SGD153 million goodwill for the acquisition of LVB represented a reasonable cost for acquiring a franchise with 600 branches and 1,000 ATMs across 5 states in South India. He added, "In addition, we have been quite prudent in pre-provisioning for any potential cost of credit. On the impact to our P&L, we are fairly confident that on an overall basis, we should be able to drive a positive P&L number from the acquisition of LVB within 12 to 24 months."

Net fee income swelled 28 percent from the previous quarter; 15 percent higher compared with a year ago to a record SGD 953 million. Wealth management fees rose 24 percent from the same quarter last year to another new high of SGD519 million as strong investor sentiment drove demand across a wide range of investment products in a low-interest rate environment.

Narrower interest margins were partially offset by loan growth of three percent from the previous quarter and five percent from a year ago. However, net interest income in the first quarter fell 15 percent year-on-year to SGD2.1 billion.

Non-interest income came in at SGD794 million which was 12 percent higher compared with a year ago. Trading income doubled from both comparative periods as Treasury Markets non-interest income and treasury customer income rose to new highs. Investment gains also increased from the previous quarter but fell from a high base a year ago.

Expenses were stable from the previous quarter at SGD 1.59 billion. Compared to a year ago, they were 2 percent higher due to integration of LVB. Excluding LVB, higher bonus accruals in line with the better financial performance were offset by lower non-staff expenses. The cost/income ratio was 41 precent. This metric stood at 48 percent in the prior quarter.

The bank said that asset quality was healthy as the non-performing loan ratio improved to 1.5 percent from 1.6 percent a year ago. It added that new non-performing asset formation and specific allowances are now at pre-pandemic levels. The stabilising asset quality resulted in a general allowance write-back of SGD190 million.

In his comments about the integration with LVB, CEO Gupta said that it is proceeding well with current and saving accounts deposits up 14 percent and overall cost of deposits falling. Gold loans have risen four precent and MSME loan renewals and enhancements are on track. The non-performing assets (NPA) DBS inherited at amalgamation declined from SGD212 million to SGD186 million due to recoveries and an additional specific provision (SP) made earlier has been moved to NPA. In addition, an SP made during the acquisition was covered by general provision and accounted for in the last quarter of 2020.

"This has been an extraordinary quarter for our business as we fired on all cylinders. Loan and deposit growth were robust, fees were strong and treasury had a record performance. At the same time, we remained disciplined on costs while asset quality was resilient," said DBS CEO Gupta. "Our franchise has been enhanced by new growth platforms, including stakes in Shenzhen Rural Commercial Bank and in Partior for blockchain cross-border clearing and settlement. We are in a position of strength to support customers and deliver shareholder returns as the economic recovery takes hold."

DBS Bank operates in six core markets in Asia, namely Singapore, Indonesia, India, China, Hong Kong and Taiwan. They are also present in other markets like Malaysia, Thailand, Vietnam and Japan, where they recently received a securities trading licence.(ANI)