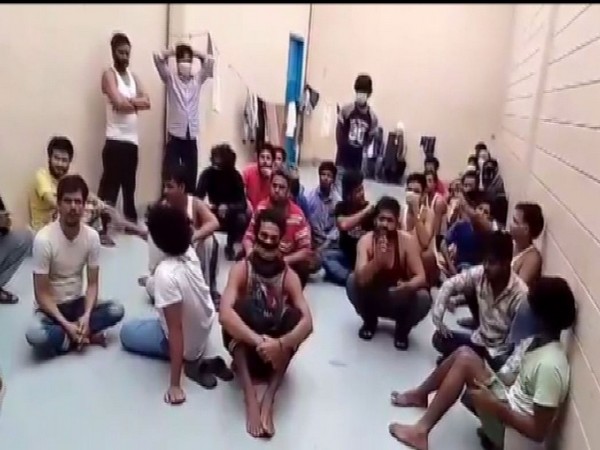 In a video message received by Khan, these stranded Indians have stated that they have lost their jobs and their visa has been expired after which they were brought to Sumeshi Jail for repatriation but no authority has come forward for four months.
Speaking to ANI, Amjed Ullah Khan said, "I received a video appeal from 450 Indian who have been arrested and are languishing in Sumeshi Jail, Jeddah in Saudi Arabia since the last four months and no Indian Embassy official have visited or met them and tried to bring back them. Other neighbouring countries like Bangladesh, Pakistan, Sri Lankan embassy officials have visited the jail and after meeting the Saudi government officials they brought back their all the citizens who were in Sumeshi Jail but 450 Indians are still there since last four months."
He has requested government intervention in this matter and urged for their early repatriation.
"It is requested to the Prime Minister of India, Narendra Modi to kindly ask Dr Subrahmanyam Jaishankar, Minister for External Affairs, Hardeep Singh Puri, Minister for Civil Aviation Govt of India and Indian Embassy in Riyadh, Saudi Arabia to pursue with the Saudi Arabian Government officials and take necessary steps to bring back 450 Indians languishing in Sumeshi Jail as soon as possible," Khan said. (ANI)