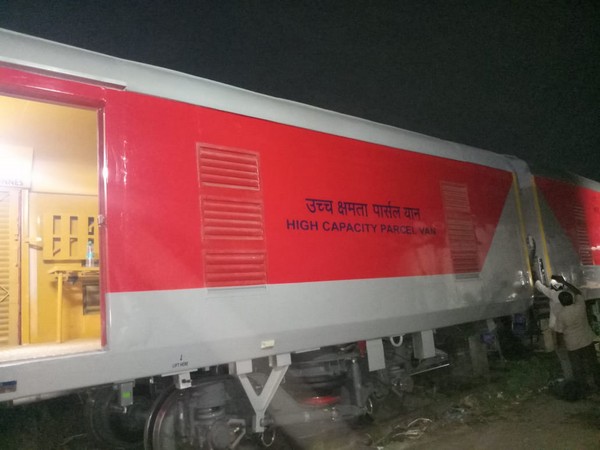 According to a release by the South Central Railway, the parcel express trains have started its operation with new LHB coaches from September 13.
"LHB coaches with Head On Generation (HOG) technology which has been inducted in passenger-carrying trains are yielding successful results and hence it has been decided to manufacture LHB vans with similar technology to facilitate transportation of parcels," said the release.
It added that LHB parcel vans have been designed and manufactured by Rail Coach Factory in Kapurthala and is certified to run at the speed of 130 km per hour by Research Design and Standards Organisation (RDSO) in Lucknow.
As per the release, these parcel vans will have a luggage carrying capacity of 24 tonnes and are made from stainless steel shells on the LHB platform for longer life.
"Provided with 32 foldable two-tier luggage racks to facilitate transportation of wide goods and to stack small parcels, the parcel van has 24-ton carrying capacity or total volume of 187 cubic meters. Three collapsible partitions and four sliding doors are present in the parcel van," the release added. (ANI)