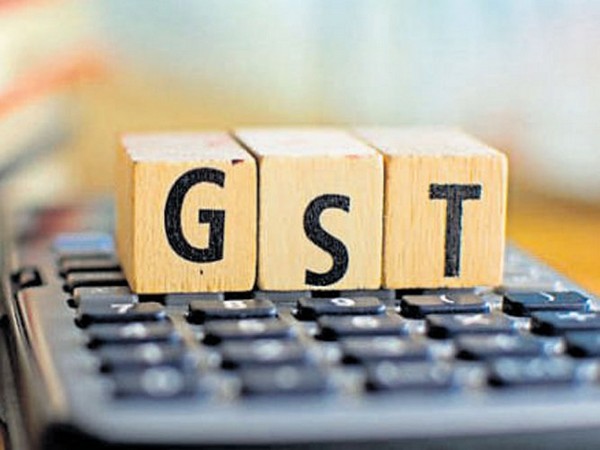 Bhubaneswar (Odisha) [India], Aug 2 (ANI): Despite intermittent lockdown and sub-optimal functioning of many of the sectors in the economy due to the ongoing COVID-19 pandemic, Odisha has witnessed a positive growth rate of State GST collection for the first time during the current financial year in the month of July 2020.

The collection of State GST (OGST) in July 2020 increased to Rs. 794.02 crore as against Rs. 702.44 crore made during the corresponding month last year (July'19), registering a growth rate of 13.04 per cent.
This is in the backdrop of poor performance during the first quarter of 2020-21 which was due to unprecedented lockdown of the state economy during the month of April - May 2020.
The growth rate of Odisha GST for April 20, May 20 and June 20 was -61.15 per cent, -25.22 per cent and -5.83 per cent respectively during the corresponding period last year (2019).
This turnaround of positive growth rate in July'20 is primarily due to regular persuasion and facilitation by the field officers, continuous monitoring and hand-holding supported by data analytics by the Commissionerate of CT and GST as well as better performance in the mining sector.
In the meantime, the return filing position of the State assigned taxpayers for February 20, March 20, April 20 and May 20 has become 92.31 per cent, 81.99 per cent, 74.72 per cent and 60.03 per cent respectively in comparison to 76.24 per cent, 79.67 per cent, 77.66 per cent and 79.88 per cent during the corresponding period of last year.
Taxpayers have been advised to fulfil their tax compliance liabilities within the prescribed due date.
Another indicator of the growth of the business of the state economy is the movement of goods, both interstate and intrastate, with the utilisation of waybills. As revealed from the database, the daily average figures for interstate and intrastate way bill utilisation for the first week of March 2020 (prior to lockdown) was 20,790 and 24,907 respectively.
The corresponding figures came down to 1559 and 5671 respectively in the first week of April 2020 (peak of lockdown) before recovering to 16598 and 20893 respectively during the last week of July 2020 which is in the range of 81-83% of the pre-lockdown level.
The collection from one of the non-GST items - petroleum products, is also showing encouraging trend during July. The collection of July 2020 against this item increased to Rs. 521.47 crore from Rs. 509.03 crore collected in July 2019 registering a growth rate of 2.5 per cent.
However, in view of the setback in the economy due to COVID, particularly in the first quarter of 2020-21, the gross GST collection (i.e. OGST+IGST+CGST+Cess) till the end of July is Rs. 7540 crore with a negative growth rate of 28 per cent while the cumulative Odisha GST collection till July 2020 is Rs 2354 crore with a negative growth rate of 22 per cent.
The trend though has now been reversed with the encouraging results in July 2020, efforts are being made to continue this trend and also recover the shortfall of the first quarter as much as possible in the remaining period of the financial year.
Commissioner Commercial Tax and GST, S. K. Lohani, IAS during the recent review with the field officers have advised them to maintain this momentum by focussing on a collection of arrear revenue under various heads of the pre-GST regime as well as ensuring compliance by the GST taxpayers by filing correct and timely returns.
They have also been advised to expedite scrutiny of past returns of taxpayers and identify incidences of tax suppression by them so that the tax due to the Government could be collected. Potential sources of revenue leakages should be plugged with a special focus on the detection of tax frauds. He has further advised all the tax officers to complete all the adjudications in time and dispose of off appeal and revision cases promptly to facilitate revenue collection. (ANI)