States must implement One Nation One Ration Card scheme: SC 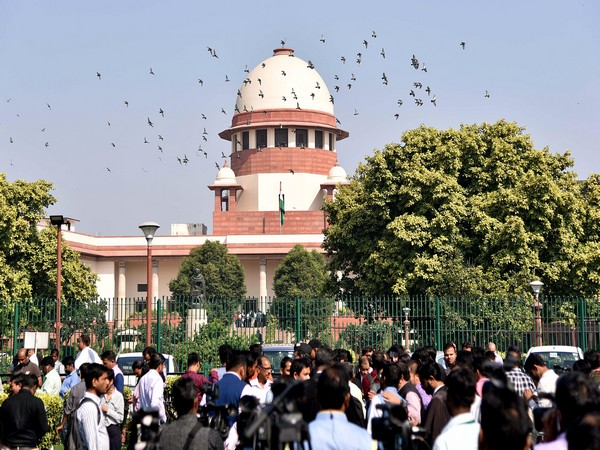 By Garima Tyagi
New Delhi [India], June 11 (ANI): The Supreme Court on Friday observed that all states must implement the 'One Nation One Ration Card' scheme that allows migrant labourers to get ration benefits from any part of the country irrespective of the place where their ration card is registered.

A Bench of Justice Ashok Bhushan and Justice MR Shah asked the West Bengal government to implement one nation-one ration card immediately without any excuse.
"You (state) cannot cite one or the other problem. This is for migrant workers," the court said.
The observation of the Bench came as counsel appearing for the West Bengal submitted that a seeding issue for Aadhaar had prevented them from implementing the scheme.
At this, the Bench told the counsel of West Bengal government that no excuses could be given and that all states must implement 'One Nation One Ration Card' scheme.
Hearing the case, the Bench reserved its order on the case relating to problems faced by migrants during the lockdown and on the registration process of unorganised workers so that they can avail the welfare benefits given under various government schemes.
It asked the states to submit short submissions on the steps they have taken in this regard.
During the hearing, Additional Solicitor General Aishwarya Bhati informed the Bench that Prime Minister Garib Kalyan Yojna was extended till November and that 80 crore people were identified as beneficiaries under it.
The Bench, however, sought to know whether the benefit of the scheme can be reaped by migrants who do not have ration cards.
Senior Advocate Dushyant Dave appearing for the petitioner submitted that the scheme will benefit only those who have ration cards and the Centre was trying to shift the burden to the states.
Bhati replied that it is for the states to have schemes for those who do not have ration cards. "The Centre has allocated additional foodgrains and states will have to extend the scheme to them," she added.
The Bench replied that Court only had one concern which was limited to whether those migrant workers who did not have any form of identification would be able to avail the benefits of the schemes.
The top court also questioned the Central government as to why the 'National Database of Unorganised Workers' was not ready despite its earlier orders directing for the same.
The Bench asked Solicitor General Tushar Mehta appearing for the Centre, "What is your project for the National Database of Unorganised Workers. Rs 417 crore has been released but not even a module is created. How much time will you take? The process has not even started."
Mehta replied that the National Informatics Centre (NIC) has taken over the project and that it would take another three to four months to form the database.
To this, the apex court said that it should take less time since it is just a module and that states need not be consulted at this stage. (ANI)