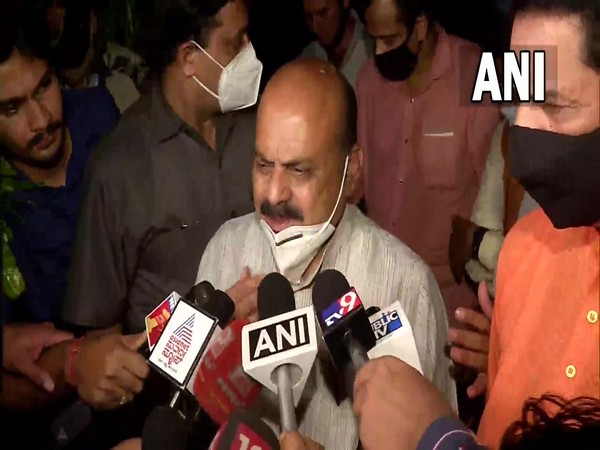 Bengaluru (Karnataka) [India], August 3 (ANI): After a Congo national was arrested by Karnataka police for possession of drugs, who later died in police custody allegedly due to "police brutality," Chief Minister Basavaraj Bommai on Monday said the state is taking strict actions against drug issues.

According to him, there are several foreign nationals who are overstaying even after the expiry of their visa.
"For last two years, we are strictly monitoring drug issues. There are many African nationals in the state, some of them are staying even after visa expiry. We are taking strict action in the matter and are arresting them under Prevention of Illicit Traffic in Narcotic Drugs and Psychotropic Substances Act," the Chief Minister told reporters.
Elaborating on the incident that took place on Monday, Kamal Pant, Commissioner of Police, Bengaluru in a tweet said, "The J C Nagar police station team arrested a Congo national Joel Shindani Malu last night for possession of drugs. While in custody, he experienced chest pain and later died in a private hospital, while under treatment."
The police said that Joel Shindani Malu did not have valid documents and his student visa was expired in December 2016. A scuffle between police personnel and foreign nationals also took place after the death of Malu, in a protest held at J C Nagar police station.
"The victim did not have valid documents. The student visa expired in Dec 2016 and the passport too expired in June 2017. Bengaluru city police had to resort to mild lathi-charge when one of the police sub-inspector (PSI) was attacked by the foreign nationals who were protesting near J C Nagar Police Station without valid permission," said the Commissioner of Police.
Karnataka Chief Minister told reporters that the nationals protesting in Bengaluru "acted violently" and "unnecessarily tried to attack the police."
"Because of vigilance, they are acting violently and that is why police took action. A CID inquiry will be conducted. They unnecessarily tried to attack the police," Bommai said.
Meanwhile, Police Commissioner Kamal Pant also reiterated that CID will probe into the matter and an investigation will be done.
"Investigation into the death is being conducted as per National Human Rights Commission (NHRC) guidelines including inquest by a judicial magistrate. The investigation has been transferred to CID by the DGP," he said.
Alikali, who is the vice-president of Congolese community in Bengaluru told ANI that Malu was arrested around 1 am on Monday. According to him, people protested due to allegations about police brutality.
"A student from our community was arrested around 1 am yesterday. This morning we got the news of his sudden death. He was fully healthy. People protested because they think police brutality was meted out to him," said Alikali.
"According to J C Nagar Police, they didn't touch him and it was a cardiac attack. But many people including his girlfriend are suspecting police brutality. We want to get a clear picture. We are planning to file a complaint, it is not acceptable to see a healthy person die," he added. (ANI)