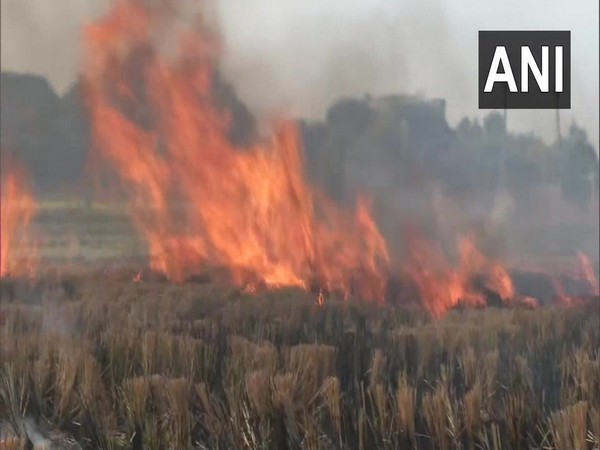 "We are helpless, we don't have any option. The government doesn't help us or provide any kind of subsidy," said farmer Harjinder Singh who owns two acres of land.
"Government tell us to cut and dump the stubble in an open land which cost us a lot of time, money and resources. Not even a month left for the next batch of sowing and we are still coping up with stubble," he added.
The process of burning farm residue is one of the major causes of air pollution in parts of north India, deteriorating the air quality around this time of the year. Combing with vehicular emission, it adversely affects the Air Quality Index (AQI) in the national capital, keeping it between the 'very poor' to the 'severe' category.
On November 7, Union Environment Minister Prakash Javadekar inaugurated a compressed biogas demonstration plant in Pune for biomass production during a meeting held to discuss "steps taken for prevention of air pollution in Delhi-NCR with emphasis on finding a permanent solution."
"Government is taking all steps to combat air pollution in Delhi and North India and we will be using all possible technological interventions towards that. We have launched a demonstration plant virtually at Pune which produces compressed biogas from biomass," Javadekar had tweeted.
"It's my pleasure to be present on this occasion. Such technology (biogas plant) will take care of the issue of stubble burning especially in North India," Prakash Javadekar said.
According to an official statement, top officials of the Union Environment and the Health Ministries and the governments of Delhi, Haryana, and Punjab attended the meeting. (ANI)