Study finds walking efficiently takes next to no thought 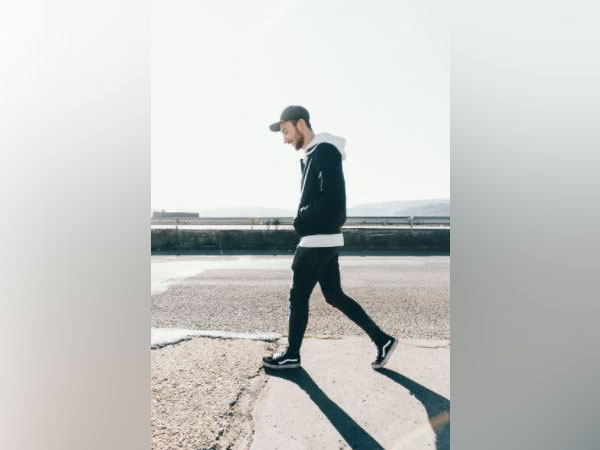 London [UK], September 15 (ANI): Scientists have revealed that humans do not have to think in order to walk efficiently, they adapt automatically.

The findings of the study were published in the 'Journal of Experimental Biology'.
Whether sauntering beside a lake or clambering a mountain, humans adjust their strides to make sure that they consume the least energy possible.
"People are continuously sensing their energy expenditure and adapting their gait to minimise costs", said Jessica Selinger from Queen's University, Canada.
"We adapt all kinds of gait characteristics - the speed we move at, the length and width of each step - to minimise the calories we are burning," Selinger added.
But it wasn't clear how our bodies pull off this feat. Are we continually monitoring our manoeuvres and consciously adjusting to ensure that we are moving economically, or are we adapting automatically without realising?
And if we are having to think to maintain our efficiency, how much brainpower are we having to hold in reserve when multitasking?
Intrigued by the possibility that we may have to think harder than we realise to walk efficiently, Rachel Blair (University of British Columbia, Canada), Max Donelan (Simon Fraser University, Canada) and Selinger decided to find out whether people consciously adjust their movements to conserve energy by trying to distract volunteers with a series of beeps while they were walking.
"The experimental set-up was technical and had many components," said Blair, describing how the team started out by getting the volunteers to walk on a treadmill at a comfortable speed as they listened to a stream of beeping tones through headphones, having to press a button in the right hand when the beep was higher than the tone before - or in the left when the beep was lower - to distract them.
Then, the team got them to try out different walking styles by moving in step with a metronome while walking at the same speed, setting a faster or slower stride rate, which was either less or more efficient than their normal walk.
Once the volunteers had got to grips with walking in different ways, the researchers switched off the metronome but activated the leg braces that their subjects had been wearing.
"Many participants assumed that the exoskeleton [leg brace] device was designed to make walking easier", Selinger said.
However, the scientists sometimes used the leg braces to make walking harder - in much the same way that walking upstairs takes more effort - forcing the volunteers to adapt how they walked to find a more efficient style.
Finally, the scientists threw everything at the volunteers simultaneously - asking them to walk in different ways while concentrating on recognising whether the tone they were hearing was higher or lower than the previous one, while at the same time trying to find an efficient way of walking in the sometimes-tiring leg braces.
"It was a challenge to get all these aspects working seamlessly and in sync with each other," recalled Blair.
But how efficient would the volunteers be when juggling so many factors?
The team reasoned that if they were having to think to find the most efficient way of walking in the leg braces, then the distracting beeping sounds would throw them, and they would use more energy.
However, if they were adjusting automatically, then they'd naturally adapt their energy efficiency, despite the beeping distraction.
Patiently analysing the volunteers' responses, Megan McAllister (Queen's University) realised that they were able to adjust their walking efficiency automatically, even when distracted by the beeping tones.
"When people adapt to energy optimal ways of walking, they do so without consciously having to think about it," she said.
And this ability to adapt our movements without thinking allows us to focus on other tasks while we're walking, including keeping track of bumps in the road and managing our hectic lives. (ANI)