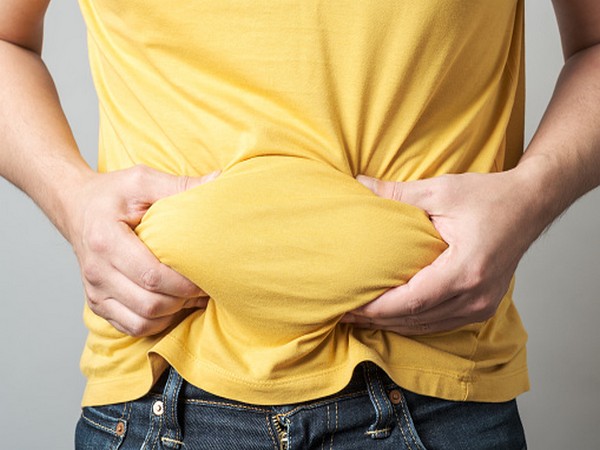 Sydney [Australia], June 6 (ANI): A recent study led by the University of Sydney's Charles Perkins Centre observed medical data from nearly half a million people and found that people who are obese and overweight worsens liver-damaging effects of alcohol.

"People in the overweight or obese range who drank were found to be at greater risk of liver diseases compared with participants within a healthy weight range who consumed alcohol at the same level," said senior author and research program director Professor Emmanuel Stamatakis from the Charles Perkins Centre and the Faculty of Medicine and Health.
"Even for people who drank within alcohol guidelines, participants classified as obese were at over 50 per cent greater risk of liver disease."
The researchers drew upon data from the UK Biobank - a large-scale biomedical cohort study containing in-depth biological, behavioural, and health information from participants in the United Kingdom (UK).
According to the researchers, this is one of the first and largest studies looking at increased adiposity (overweight or obesity) and level of alcohol consumption together, in relation to future liver disease.
Information was examined from 465,437 people aged 40 to 69 years, with medical and health details collected over an average of 10.5 years.
The findings were published in the European Journal of Clinical Nutrition.
Lead author Dr Elif Inan-Eroglu, a postdoctoral research fellow with the Charles Perkins Centre, said the results suggest people carrying excess weight may need to be more aware of risks around alcohol consumption.
"With the most recent data suggesting two in three people - or 67 percent of the Australian population are in the overweight or obesity range, this is obviously a very topical issue."
Key findings:
The researchers reviewed data on participants classified as overweight/obese based on their body mass index (BMI) and waist circumference, self-reported alcohol consumption according to UK alcohol guidelines, and liver disease incidence and liver disease as a cause of death.
BMI is based on both weight and height. A BMI of over 25 denotes overweight, and over 30 denotes obesity. For waist circumference, researchers used the World Health Organization (WHO) classification: normal (80 cm for women, 94 cm for men), overweight (80 cm for women, 94 cm for men), and obese (88 cm for women, 102 cm for men).
The level of risk was given a number called a 'hazard ratio'. The higher the number than 1, the higher the risk.
- People who drank above UK alcohol guidelines had, compared to within guideline drinkers:
- A nearly 600 per cent higher risk of being diagnosed with alcoholic fatty liver disease (5.83 hazard ratio).
- A nearly 700 per cent higher risk of death caused by alcoholic fatty liver disease (6.94 hazard ratio).
- People with overweight or obesity who drank within or above alcohol guidelines had over 50 per cent greater risk of developing liver disease compared to normal-weight participants who consumed alcohol at the same level. (ANI)