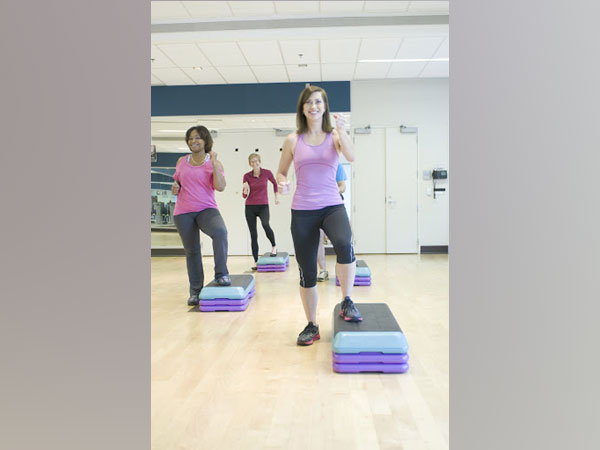 Dublin [Ireland], August 2 (ANI): A new study highlights that fitness may be a more important clinical endpoint for improvement in patients with fatty liver diseases during exercise trials, rather than weight loss.

The research was conducted by Trinity College Dublin and its findings were published in the medical journal Alimentary Pharmacology and Therapeutics.
Metabolic associated fatty liver disease (MAFLD) is a condition characterised by a build-up of fat in the liver. The liver is central to a suite of vital processes in the body including digestion, blood clotting and energy production.
If left untreated, MAFLD can lead to serious complications like liver fibrosis (scarring), cirrhosis, liver failure and liver cancer, as well as cardiovascular and metabolic issues. Risk factors for developing MAFLD include type 2 diabetes and obesity. The global estimated prevalence of MAFLD is 25 per cent, making it the leading cause of chronic liver disease worldwide, and is quickly becoming the leading cause of cirrhosis and liver cancer in liver transplant candidates in the western world.
Up to now, due to the lack of approved pharmacological interventions, treatment has been a combination of prescribed weight loss and physical activity, with a weight loss target of 7-10 per cent being the primary treatment endpoint. There is some evidence that exercise training alone without significant weight loss can reduce liver fat content (assessed using non-invasive methodologies such as transient elastography and ultrasound) in MAFLD patients. However, the independent effects of exercise alone on biopsy-measured outcomes (the gold standard for diagnosing and assessing MAFLD) have been unknown.
The study further stressed that increased fitness, the result of aerobic exercise participation, maybe a more important clinical endpoint for improvement in MAFLD patients during exercise trials, rather than weight loss.
In Ireland and worldwide, MAFLD is a silent epidemic. In Ireland, there is currently no national screening programme for the disease, so the true prevalence in Ireland is unknown. However, St James's Hospital, Dublin, where the study took place, now has over 1,000 patients on their own database, with the numbers growing year on year.
The Trinity study is the first to demonstrate significant improvements in biopsy-measured liver outcomes in a MAFLD cohort following an exercise-only intervention, without clinically significant weight loss. It also shows that improvements in biopsy-measured liver outcomes were significantly related to improvements in fitness levels. However, when patients were followed up longitudinally, none of the benefits of the exercise intervention was sustained.
The study is unique in that it used repeat biopsies in MAFLD patients during an exercise-only intervention. Only two previous studies have been conducted using repeat biopsies in exercise-only trials, but these studies had significant methodological limitations.
"The benefits of exercise training on both liver and cardiometabolic outcomes for these patients is very clear. Our findings suggest that there is an urgent need to better transition exercise into the community setting for these patients as the benefits of exercise intervention were not sustained longitudinally. This study clearly demonstrates the clinical benefit of exercise in MAFLD in as little as 12 weeks and shows the clinical benefit of improving cardiorespiratory fitness, which is increasingly being considered a 'clinical vital sign'," said Dr Philip O'Gorman, Department of Physiotherapy, Trinity College.
"Worryingly, there is little to no exercise referral systems in place within hospital departments and beyond throughout the healthcare system in Ireland. However, as our results have shown, the lack of sustainability of the benefits of exercise in MAFLD is concerning and there is an urgent unmet need to enable patients to continually engage in exercise therapy in the community setting. A system-based approach whereby clinicians can refer patients to exercise specialists in the community is required for long-term benefits of exercise to be sustained." (ANI)