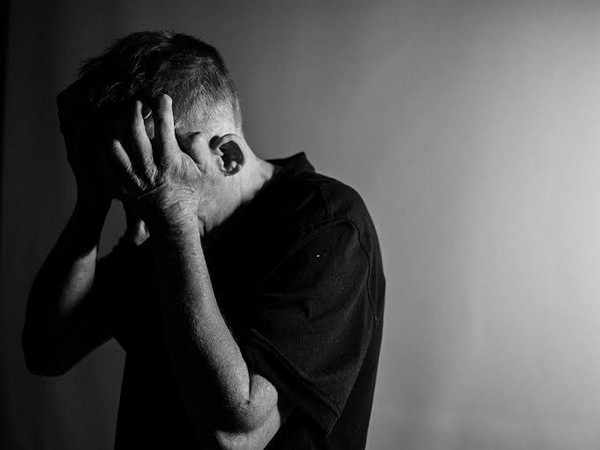 Washington [US], September 13 (ANI): In a breakthrough study, doctors have shown that measuring changes in 24-hour heart rate can reliably indicate whether or not someone is depressed.

In practical terms, this may give clinicians an objective "early warning" of potential depression, as well as a rapid indication whether or not treatment is working, so opening the way to more rapid and responsive treatment. Presenting results of this pilot study at the ECNP virtual congress, lead researcher, Dr Carmen Schiweck (Goethe University, Frankfurt) said: "Put simply, our pilot study suggests that by just measuring your heart rate for 24 hours, we can tell with 90 per cent accuracy if a person is currently depressed or not".
Scientists have known that heart rate is linked to depression, but until now they have been unable to understand exactly how one is related to the other. In part, this is because while heart rates can fluctuate quickly, depression both arrives and leaves over a longer period, with most treatments taking months to take effect. This makes it difficult to see whether or not changes in one's depressive state might be related to heart rate.
"Two innovative elements in this study were the continuous registration of heart rate for several days and nights, and the use of the new antidepressant ketamine, which can lift depression more or less instantly. This allowed us to see that average resting heart rate may change quite suddenly to reflect the change in mood", said Carmen Schiweck.
Ketamine has a history as both an anaesthetic and a party drug (a drug of abuse). However in December last year, it was licenced to treat major depression in Europe, after having been introduced in the USA a few months earlier. Traditional antidepressants can take weeks to show an effect, in contrast, ketamine is rapid-acting, with results often being seen in minutes.
As Carmen Schiweck said "We knew that something was going on to link heart rate to psychiatric disorders, but we didn't know what it was, and whether it would have any clinical relevance. In the past researchers had shown that depressed patients had consistently higher heart rates and lower heart rate variability, but because of the time, it takes to treat depression it had been difficult to follow up and relate any improvement to heart rate. But when we realized that ketamine leads to a rapid improvement in mood, we knew that we might be able to use it to understand the link between depression and heart rate".
Dr Schiweck performed this work in the Mind-Body Research group at KU Leuven, Belgium, with Dr Stephan Claes as the principal investigator. The team worked with a small sample of 16 patients with Major Depressive Disorder, none of who had responded to normal treatment, and 16 healthy controls. They measured their heartrates for 4 days and 3 nights, and then the volunteers with depression were given either ketamine treatment or a placebo.
"We found that those with depression had both a higher baseline heart rate and a lower heart rate variation, as we expected. On average we saw that depressed patients had a heart rate which was roughly 10 to 15 beats per minutes higher than in controls. After treatment, we again measured the heart rates and found that both the rate and the heart rate fluctuation of the previously depressed patients had changed to be closer to those found in the controls".
The most striking finding was that the scientists were able to use 24-hour heart rate as a "biomarker" for depression. Heart rates were measured using a wearable mini-ECG. The data was fed to an Artificial Intelligence programme, which was able to classify nearly all controls and patients correctly as being depressed or healthy.
"Normally heart rates are higher during the day and lower during the night. Interestingly, it seems that the drop in heart rate during the night is impaired in depression. This seems to be a way of identifying patients who are at risk to develop depression or to relapse." said Carmen Schiweck.
The team also found that patients with a higher resting heart rate responded better to the treatment with Ketamine, which may help identify which patients are likely to respond to which treatment.
Carmen Schiweck said "We need to remember that this is a small proof-of-concept study: six of our 16 initial patients responded to treatment with at least a 30% reduction on the Hamilton Rating Scale for depression, so we need to repeat the work with a larger, anti-depressant free sample. Our next step is to follow up depressed patients and patients who are in remission, to confirm that the changes we see can be used as an early warning system".
Commenting, Professor Brenda Penninx of the Department of Psychiatry at Amsterdam University Medical Centre, said:
"This is an innovative proof-of-concept study. My own group had previously studied short-term heart rate variability in over a thousand depressed patients and controls, and we did not detect a consistent differentiation and found antidepressants to have more impact than depression status itself. However, this study monitored heart rate variability in the ambulatory setting for several days and nights, which gives unique night and day information on the autonomic nervous system. It needs to be examined whether these interesting findings hold in larger, more diverse treatment settings".
Professor Penninx was not involved in this work, this is an independent comment. (ANI)