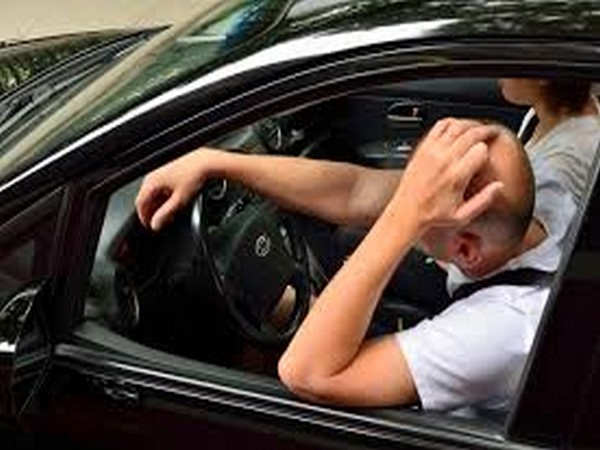 Washington DC [USA], Nov 13 (ANI): If you take too much stress while driving here's the news for you. Stress during driving is a risk factor for the development of cardiovascular diseases. A new study by Brazilian researchers suggest that cardiac overload due to the stress of driving in heavy traffic can be attenuated by listening to instrumental music.

The results of the study were published in the journal Complementary Therapies in Medicine. Researchers at the University of Sao Paulo (USP) in Brazil, Oxford Brookes University in the United Kingdom and the University of Parma in Italy also took part in this study.
"We found that cardiac stress in the participants in our experiment was reduced by listening to music while they were driving," Vitor Engracia Valenti, a professor at UNESP Marilia and a principal investigator of the project, told.
The researchers analyzed the effects of music on cardiac stress in five women between the ages of 18 and 23. All subjects were healthy, considered nonhabitual drivers (they drove once or twice a week), and had obtained a license 1-7 years previously.
"We opted to assess women who were not habitual drivers because people who drive frequently and have had a license for a long time are better adapted to stressful situations in traffic," Valenti explained.
The volunteers were assessed on two days, in different situations and in random order. On one day, they drove for 20 minutes at rush hour (5:30-6:30 pm) along a 3 km route in a busy district of Marilia, a medium-sized city in the northwest of Sao Paulo State, without listening to music.
On the other day, the volunteers drove the same route at the same time of day but listened to instrumental music on a CD player coupled to the car radio. The use of earbuds or headphones while driving is a traffic offense.
"To increase the degree of traffic stress, we asked them to drive a car they did not own. Driving their own car might help," Valenti said.
The level of cardiac stress was estimated by measuring heart rate variability using a heart rate monitor attached to the participant's chest. Defined as fluctuations in the intervals between consecutive heartbeats, heart rate variability is influenced by the autonomic nervous system. The more active the sympathetic nervous system, the faster the heartbeats, while the parasympathetic nervous system tends to slow it down.
"Elevated sympathetic nervous system activity reduces heart rate variability, whereas more intense parasympathetic nervous system activity increases it," Valenti said.
Conversely, heart rate variability increased in the drivers who listened to music, indicating a higher level of parasympathetic nervous system activity and a reduction in sympathetic nervous system activity.
"Listening to music could be such a preventive measure in favor of cardiovascular health in situations of intense stress such as driving during rush hour," he said. (ANI)