Sushant's family asked me to mention Rs 15-cr transaction to cops that I didn't know about: Actor's friend Siddharth 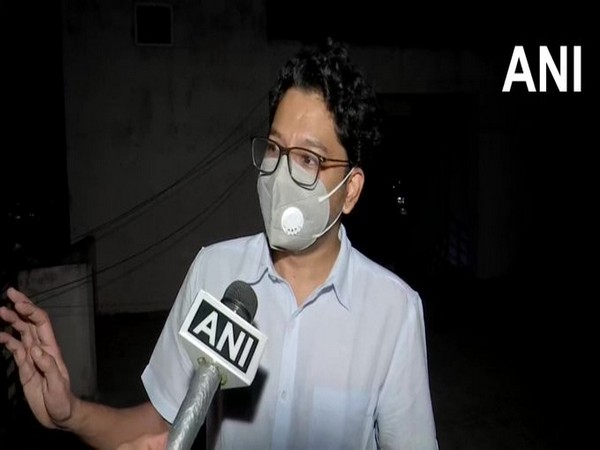 Hyderabad (Telangana) [India], July 31 (ANI): Siddharth Pithani, Sushant Singh Rajput's friend on Friday claimed that the family of the deceased actor asked him to mention a transaction of Rs 15 crore in his statement to the police.

However, he said that he does not know about this transaction and has informed the police about his conversation with Rajput's family.
"Sushant's family members told me about a Rs 15-crore transaction made by Rhea and asked me to mention this in my statement. I told his family members that I will only tell what I know and believe. They asked me to come to Patna. I met them after Sushant's death," Pithani told ANI.
"But this sudden mode of change, I do not know. After this, I contacted the police and told them everything. They have given me an email address to share the information. I told police that Sushant's family is asking me to say some things in my statement. I wish I really know about these transactions. If I knew about it, I would have given the statement. I have no idea about this Rs 15 crore," he said.
An FIR was filed by Rajput's father KK Singh against actor Rhea Chakraborty in Bihar under several sections including abetment of suicide.
Days after Rajput's death, Chakraborty said she was the "girlfriend" of the 'Dil Bechara' actor while requesting a CBI inquiry in the case.
Chakraborty has also approached the Supreme Court for transfer of investigation to Mumbai in the FIR registered against her in Patna.
Pithani said that he used to share an apartment with Rajput in Mumbai and was creating social media content for the actor.
"He was like a brother to me. It was a big shock for the country... I have good memories of being with Sushant in Mumbai. We were quite close as we shared an apartment. We used to a lot of activities. I used to shoot and edit his content for social media.
Pithani said that he had been staying with the actor for the past one year and met Rajput, a night before his death.
"I was in the same apartment with Sushant. On the night of June 13, he came to my room and asked me why I did not sleep. I told him that I am going to sleep... He said good night and went to his room. This was our last conversation," he said.
"The next day when I went to see him, his door was closed. We knocked but he did not open. We called a locksmith and called his sister also. When we opened the room, we found him dead," he added.
Rajput was found dead in his Mumbai residence on June 14.
According to the Maharashtra Police, statements of 41 people, including filmmaker Mahesh Bhatt, film critic Rajeev Masand, director-producer Sanjay Leela Bhansali, and filmmaker Aditya Chopra have been recorded in the investigation so far.
Maharashtra Home Minister Anil Deshmukh had said that Mumbai Police are investigating the case and it will not be transferred to the CBI. (ANI)