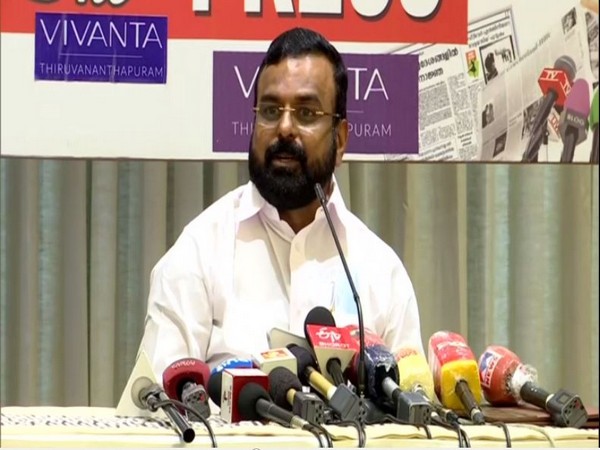 Addressing a press conference, he said that he has sent his resignation letter to All India Congress Committee president Sonia Gandhi and Kerala Pradesh Congress Committee president K Sudhakaran.
Kumar was suspended earlier as part of disciplinary action for publically reacting over the selection of District Congress Committee (DCC) presidents.
"For 43 years I worked for the party. But the new leadership backstabbed me. I came to know about the suspension through the media. Congress has failed at both the national level and also in Kerala. They have failed to take any constructive steps for the people. There is no inner-party democracy in the Congress party. The G-23 leaders have raised the same issues as I raised. There is no equal justice in Congress" said KP Anil Kumar.
He also said that he is not involved in any corruption and has not been named like other Congress leaders in the Solar Scam.
Anil Kumar lashed out at AICC general secretary KC Venugopal and claimed that he was the root cause of problems in Congress.
"KC Venugopal is trying to liquidate Congress. Sudhakaran took over the KPCC president like the Taliban took over Afghanistan. He is now saying that he will make it a semi cadre party. There is a constitution in Congress. Has the AICC changed the Congress constitution? It may have changed with the knowledge of KC Venugopal, who is the AICC organisational general secretary. Everyone who has dissent is silenced by him and Rahul Gandhi," he alleged.
Further, while speaking to ANI, Kumar said that secularism is an important milestone of the party, unfortunately, Congress is diluting that issue.
Regarding his future course of action, he said he will be joining the Communist Party of India (Marxist).
Meanwhile, as soon as Anil Kumar announced his resignation, KPCC president K Sudhakaran issued a statement stating that Kumar has been expelled from Congress.
"KP Anil Kumar's explanation regarding the disciplinary action was not satisfactory and he has been expelled from the party's primary membership," the Kerala Congress chief said. (ANI)